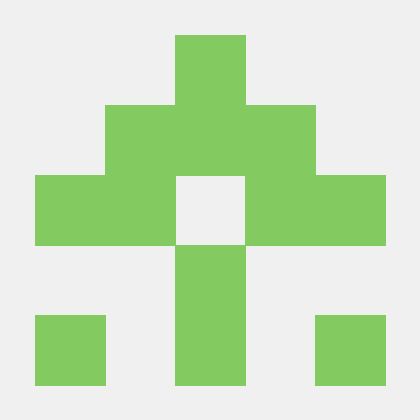 Most of the work I have has been with swc and linking side of things, so I doubt I'd be of much use if you've found an esbuild setup. Thank you for the offer, however.

I've been trying my hand at this, but it's fraught with speedbumps.

but it's hacky and nowhere near close enough for a PR. If the trade-offs above are acceptable for now, is there a design document I can conform to while cleaning it up and submit a proof of concept?

This pull request adds a --silent option to diplomat-tool to silence messages (e.g. "Generating c bindings:") that are displayed during run. I implemented it in the most naive way (just adding if expressions around every println), so please let me know if there is a more preferable way, or if the flag should be named something else, or if the change is just unwanted.

Created at 6 days ago
fork
wtgtybhertgeghgtwtg/diplomat

Running cargo audit on a project depending on this repository gives a warning that the transitive dependency ansi_term is unmaintained . This comes from the structopt dependency by way of clap@2. However, structopt is in maintenance mode since its main feature is included in clap@3, so that dependency on clap@2 will not be updated. As it is suggested by structopt to move to clap@3, and clap@3 replaced the ansi_term dependency, I am filing this PR to do so.

Please let me know if I have missed anything, or if this change is unwanted.

Created at 2 weeks ago
fork
wtgtybhertgeghgtwtg/diplomat

Consider exposing a `gopackagesdriver.sh` instead of having the user create one.

What version of rules_go are you using?

What version of gazelle are you using?

What version of Bazel are you using?

Does this issue reproduce with the latest releases of all the above?

What operating system and processor architecture are you using?

Any other potentially useful information about your toolchain?

What did you do?

Configured my IDE in accordance to https://github.com/bazelbuild/rules_go/wiki/Editor-setup.

What did you expect to see?

Ideally, the user should not have to add a script to their repository as part of the IDE setup. It is, at most, a minor inconvenience, but it could be slightly smoother if the configuration could directly point to a script this repository provides. For example, with VSCode

If it wasn't for the workaround with GOPACKAGESDRIVER_RULES_GO_REPOSITORY_NAME, it would be possible to just refer to the tools/gopackagesdriver.sh this repository uses itself.

What did you see instead?

Created at 1 month ago
push
wtgtybhertgeghgtwtg/rules_swc

Plugins cannot be loaded from directories that start with '@'.

Thank you for the fix.

The issue this sets out to resolve is still present in the v0.16.0 release.

Created at 1 month ago
fork
wtgtybhertgeghgtwtg/cspell

Plugins cannot be loaded from directories that start with '@'.

Running dprint fmt file-to-format.ext will spit out an error

So apparently it disregards the '@' and everything after it and tries to load ./ as a plugin instead of ./@path/plugin.wasm. If I rename @path to path and load the plugin at ./path/plugin.wasm, it works as expected, but that is not always possible. My specific use case is loading a plugin that's from a scoped package (e.g. ./node_modules/@my-scope/my-package/plugin.wasm), which necessarily has to start with '@'.

It was a devDependency, but parts of cspell-trie-lib import from it. This brings it in line with how other packages in the repo (e.g. @cspell/cspell-json-reporter, cspell-grammar) depend on @cspell/cspell-types.

Created at 1 month ago
fork
wtgtybhertgeghgtwtg/cspell

Created at 1 month ago
fork
wtgtybhertgeghgtwtg/eslint-plugin-import

Created at 1 month ago
push
wtgtybhertgeghgtwtg/rules_swc

I was running into an issue with source maps and found it was identical to https://github.com/sveltejs/svelte/issues/7728. The fix over there was updating source-map (since source-map@0.7.3 checks for the environment by the existence of fetch, which is now included in Node, and source-map@0.7.4 replaces this with a window check). Since source-map is a transitive dependency of @swc/cli, it's part of the pnpm-lock.yaml included, but it's currently locked to source-map@0.7.3. So, this PR was just the result of updating that, which fixes the source map issue.

Created at 1 month ago
fork
wtgtybhertgeghgtwtg/rules_swc