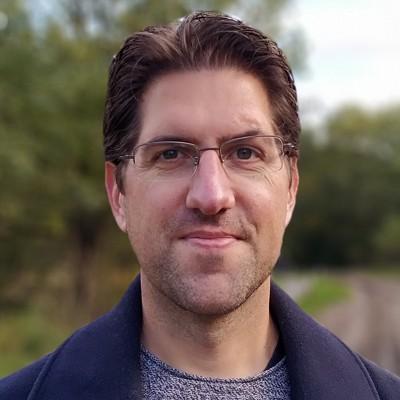 A Mailhog API Client for PHP

Display customizable information about visited websites in a small popup

GoogleCloudLoggingFormatter timestamp does not work with Google Cloud Run

@lcobucci Please also check if it works when logging in UTC time. Cloud Run doesn't like our default timezone (CEST).

(see my first post for how we're doing it now)

Then when the context is created we can detect if it implements LoggingContext and if so call setLogger with our logger. During execution we can look at this logger to see what is logged there.

If the Behat logger implements the PSR interface we can even do nice things like take the logger we get from Behat and wire it up into our application so we can get application logs in Behat.

At least this way seems more versatile than method injection to me.

What do you think?

Max height/width shouldn't exist. Let us make it take up the whole screen if we want

There's no reason why the max height should be 600px. That is absurd.

I agree, but it's a limitation on Chrome's end, not on mine 🙁 I'll see if it's changed since I last looked, but I wouldn't get my hopes up...

I'll look into your other suggestions, but please note I do not have loads of time to work on this, so it might not happen soon, or indeed at all.

I do really like the default dark/light OS settings and the font size suggestions. I'll certainly look into those.

GoogleCloudLoggingFormatter timestamp does not work with Google Cloud Run

In our application we have a fingers crossed handler that passes to a stream handler that writes to php://stderr using the Google Cloud Logging Formatter. This mostly works fine, except that Google Cloud Run does not use the timestamp sent from monolog as the timestamp of the message. It seems to be taking the time it received the message instead. Most notably when we logged several messages, sleeping for 1 second between those messages, they all more or less the same timestamp in Google Cloud Logging, they certainly weren't a second apart.

Diving into it, it turns out sending messages through php://stderr is different than sending them through the logging API. Instead of timestamp the field time must be used, and the time must be in UTC.

We found that the following works for us when writing to php://stderr on Google Cloud Run (in Monolog 2):

I do wonder whether this should be changed in Monolog, because I don't know if the current implementation has a use case that I'm unaware off that uses the format that is now in the code (something else than Cloud Run and/or writing to php://stderr).

@lcobucci since you wrote the formatter in Monolog, do you have ideas on this?

Created at 1 month ago
push
rpkamp/keyman

Use gnome-extensions command to deploy when available

This command was introduced in Gnome 3.34

Extending PopupMenuItem in CollectionItem under gnome 3.34 breaks the reference to this inside the class.

Add gnome 3.34 as supported version for this extension

updates in preparation for gnome-shell 40 support

Turns out this can't be done yet as Manifest v3 doesn't have proper support for fetching favicons yet. That would be a big miss in this extension.

I'm not particularly aware of any other projects using PHARs and also symphony's extension mechanism :/

Yes, that is the main issue for sure. The easiest way around this would be to create a custom interface inside Behat for extensions. Internally that could still use Symfony, but it shouldn't be exposed to the client at all.