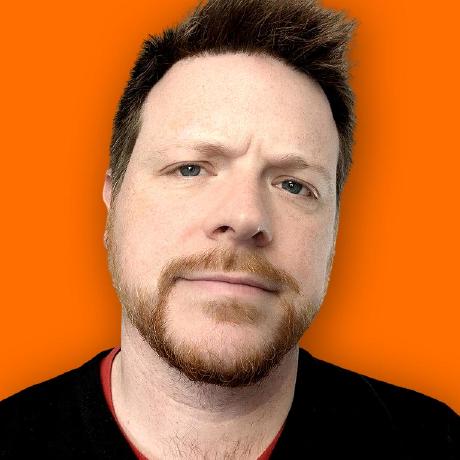 remy
JavaScript (node + client side) developer with over 20 years experience. Contact me for any work or questions about JS I might be able to help you with.
Repos
317
Followers
7278
Following
6
remy/nodemon

Monitor for any changes in your node.js application and automatically restart the server - perfect for development

My b:log and all its content in plain (unabashed) text

A personal JSON store as a RESTful service

Web based console - for presentations and workshops

🤖 A slack bot for retrospectives

Though I've edited the length down, so I might put it back to how it was originally (on request of the speaker)

As requested, adding some information on how to solve a race condition related to the --inspect flag to the FAQ.

I'm worried this change looks simple but possibly hiding impact, such as on people's defaults or on what happens ordinarily without it.

I don't have the time ATM to give it a good test, but it's obviously easy to add this to your own projects to work around it.

Fix for : Giving preference to "main" of package.json for script in nodemon command

Not intentionally sitting on this - just been busy with IRL work! :) I'll try my best to review this fully next week and get it live.

Stuck at: "[nodemon] restarting due to changes..."

Sometimes worth introducing an environment variable set to DEBUG=nodemon,nodemon:* and it'll spit out everything going on which might help you see why it's gotten stuck.

Nodemon does not wait for process exit before restarting a new process, when Node's --inspect is used

@R4JxF60 just as clarification - nodemon doesn't create any files beyond the config file created in ~/.config/configstore - something in your pipeline is making these files.

@Lipemenezes that nodemon.json file is useful, I'm certain it's a race condition too - nodemon tries hard to be agnostic, so when there's so many layers working at once, I can see how it's getting stuck.

If I can find the time, I'll add this to the FAQ (though not super sure how many people look at it - I'll have to fix that somehow). Otherwise you're welcome to send a PR to add this to the FAQ, I'm sure people will find it useful.

Created at 1 week ago
push
remy/nodemon

This was needed a few years ago to let people know that without active support I'd (remy) wouldn't feel like there's any actual support to help me maintain this project.

Since then (it's been a good few years), there's been a few things come up. Firstly, the || breaks (some) powershell users. Not all, I could never replicate the problem myself, but others definitely experience it.

Then there was the npm fund attempt to support projects. In honesty, this does zero to actually support nodemon. The reality is that people want their tools (and software) for free, so asking users to run an extra step after installing (the npm fund bit) and then pick a project they want to support and then do the payment thing was just way way too much. I know I don't use it, and I'm positive others don't too.

The majority of early supporters of nodemon have been individuals, and I know it was because of the postinstall script I added back in 2018: https://remysharp.com/2018/01/10/open-source-with-a-cap-in-hand

Lastly, the vast, vast majority of financial supporters to nodemon in the last 12 months haven't been individuals. Nor have they been companies (with the exceptions being opencollective themselves and Frontend Masters - both, thank you, it means a lot). The recent supporters have come from an…"odd" spot of the internet. Perhaps to help their SEO ranking, I'm not sure, but I am going to take their money as a way of them saying "let's support the many developers who use nodemon by giving it's maintainer financial support".

So, long story short: I've removed the postinstall, and hopefully this reduces the noise to you, the amazing day-job developer, and hopefully that odd corner of the web continues their donations, as I'm positive they're not using the npm fund!