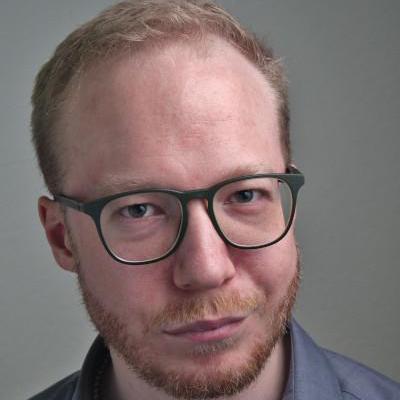 A react hook to use reducers for local state in a typesafe way, with an API like createSlice from redux-starter-kit and immer integration.

There could still be a thrown error that you didn't catch - and in that case, payload would be undefined and error would be set.

I mean, I get that this is a special OpenAPI thing, but nothing we can really implement on our level - TypeScript just doesn't know that concept and Oazapfts will always give us one type, not two.

I think the "two types" part is probably out of the scope of the codegen, since we only use oazapfts for that generation and don't touch individually properties 🤔

Generally though this reads more like these should just be optional, not readonly - at least from our perspective.

Could you explain how that would change if there were a readonly in there?

Even if it were

you would not get around passing an id in here.

And on runtime level, every of those properties will be readonly anyways.

Dispatching at the same time as setState causes two renderings

This will be changed on the React side - unfortunately at this point there's not really anything we can do about it: https://github.com/facebook/react/issues/25191#issuecomment-1244805920

Created at 18 hours ago
push
reduxjs/redux-toolkit

Export the BaseQueryApi interface from rtk-query so it can be used as a type in TypeScript without importing from dist/.

This PR adds the BaseQueryApi as an export to the public src/query/index.ts API from baseQueryTypes.

Export the BaseQueryApi interface from rtk-query so it can be used as a type in TypeScript without importing from dist/.

Created at 1 day ago
push
reduxjs/redux-toolkit

Also, maybe I should add some explanation on what this is doing and how it is interacting.

The relevant code on the side of reanimated can be found here:

From the users perspective:

This is the example from the docs

Now, let's look at the internals of those "off-render-updates":

Now, "setting each attribute individually" faces two problems from the side of react-native-svg:

and I added an example :)

Created at 3 days ago
push
phryneas/react-native-svg

@WoLewicki I can give it a spin.

By the way, I'm just going at that _touchableNode part and stumbled across https://github.com/software-mansion/react-native-reanimated/issues/3321. The solution I'm trying right now might also fix that.

Created at 3 days ago
push
Khartir/bikeroutegenerator

Created at 3 days ago
push
phryneas/phryneas

@necolas good point. It looks like I could take a look into exposing a _touchableNode with a setAttribute function as an alternative.

Just could probably not be a direct exposure of the DOM ref since they set all attributes in sequence and we'd need all of the new props to calculate a new transform string.

Up until now, trying to use reanimated with react-native-svg in react-native-web resulted in an error. This adds a setNativeProps function to the web implementation to directly modify the transform and style props on a SVGElement ref.

Since there is a need to track the "last merged props" and those need to be reset on every render, the render method has been moved into the WebShape class and a tag string property has been added.

As g had some extra handling for x and y, a prepareProps function was added as well.

Just run any reanimated svg in the browser instead of a device.

What are the steps to reproduce (after prerequisites)?

Created at 4 days ago
push
phryneas/react-native-svg

Created at 4 days ago
fork
phryneas/react-native-svg

Created at 4 days ago
push
phryneas/phryneas

TS Error: Return type of exported function has or is using name 'EndpointDefinitionWithQuery' from external module xx, but cannot be named

Tbh., I don't think you'll be able to get typings on this level abstracted away. Generally, I'd recommend going the code generation route or building a full api and exposing that.

Created at 1 week ago
push
phryneas/phryneas

TS Error: Return type of exported function has or is using name 'EndpointDefinitionWithQuery' from external module xx, but cannot be named

You're pretty much in uncharted territory there, sorry. For this specific error message it could help to disable declaration emit in your tsconfig.

Unfortunately adding a function that can change existing types pretty much ruins all internal types :/