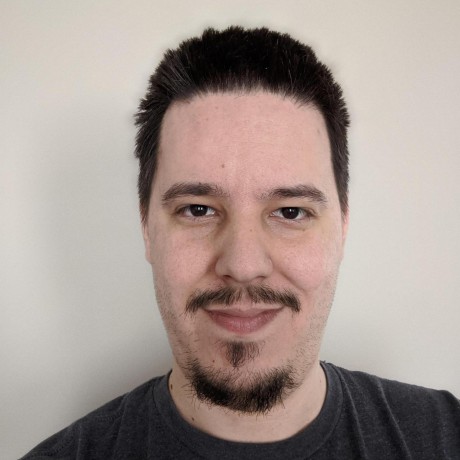 Versions of software supported by Magento 2

A composer command to determine why the codebase shouldn't be updated to a new version of a package, based on the existence of #[Dependency] attributes

Den - The home for all your projects - A docker orchestration utility

Created at 3 days ago
push
swiftotter/den

Updated image will be available when run has completed successfully: https://github.com/swiftotter/den/actions/runs/3105564492

Updated image will be available when run has completed successfully: https://github.com/swiftotter/den/actions/runs/3105564492

When creating a project which requires Composer v1 - the entrypoint doesn't symlink Composer v1 as it's missing a block to do so.

No equivalent block exists for Composer 1

Similarly to #40 - rsync is missing as a command and is frequently used in Warden templates and projects for quickly installing something and moving it out of /tmp.

A great example of this is the M2 template provided for Warden here: https://github.com/davidalger/warden-env-magento2

Created at 1 week ago
push
swiftotter/den

Add rsync to PHP base image

Den install does nothing when switching from Warden

We do modify the certs:

Though I see we're not outputting any sort of message when we do that.

Are you experiencing issues with your Den root SSL not being trusted?

Created at 1 week ago
push
swiftotter/den

migrateDataFromAnotherTable() does not work for declarative schema

@engcom-Delta The removal of VBEs resolved the symptom of the issue.

When this issue was created, Vertex added a schema trigger. Any module that does so will overwrite core schema triggers - which is not desirable.

@navarr There are a couple ways this can be solved:

I'd lean towards the first option as being the easiest, and most flexible in the future, even if it is a little extra work during release.

I actually tried mounting first. Default Mac mount privileges though preclude wardens directory. The way this is avoided with SSL certificates and such is that they are generated once and stored in ~/.warden

It may be possible to do this with a brew instruction of some sort that replaces the file every upgrade.

We are currently using performing option 2, but services do not automatically rebuild on upgrade

Constant `GLOB_BRACE` does not exist

I feel like that adds complexity that is almost entirely unnecessary in the PHP world. There are definitely instances where it matters that you mirror production, but I don't think it's worthwhile to try to maintain that many variances within Den.

After upgrading Den, the dashboard can show a version that is out of date.

Created at 2 weeks ago
push
swiftotter/den

Hi, I tried to upgrade to the latest beta and got the issue:

Created at 2 weeks ago
push
swiftotter/homebrew-den

Strange that the shasum from the automated system would be different.

I'll get that fixed this AM and comment again once it is.

Created at 2 weeks ago
push
swiftotter/den

Tell envsubst to only substitute HASH and VERSION. Fix HASH

Clean up a bit from dev