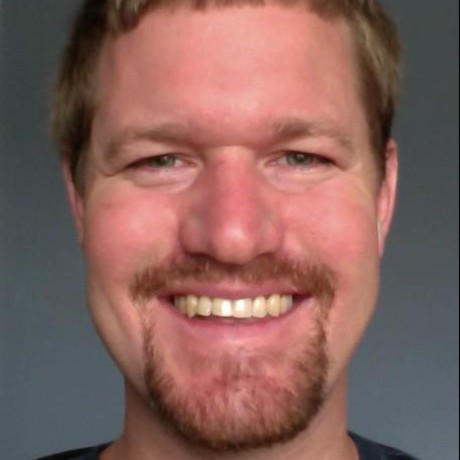 Searchlight helps you build searches from options via Ruby methods that you write.

*CURRENTLY UNMAINTAINED*. Authority helps you authorize actions in your Rails app. It's ORM-neutral and has very little fancy syntax; just group your models under one or more Authorizer classes and write plain Ruby methods on them.

Mendel breeds the best combinations of N lists without building all possible combinations.

Created at 1 week ago
fork
nathanl/credo

I was confused when I had on_conflict: :nothing and I got back a struct with id: nil.

If that behavior is PostgreSQL-specific, is there some other way we can alert people to this?

Created at 1 week ago
fork
nathanl/norm

Created at 4 weeks ago
push
nathanl/.dotfiles

On August 16 in the Elixir Slack, @chrismccord said about this PR:

4.0.0 is the latest version currently on Hex (though CHANGELOG.md includes 4.1.0)

Created at 1 month ago
push
nathanl/phoenix_gen_socket_client

4.0.0 is the latest version currently on Hex (though CHANGELOG.md includes 4.1.0)

Created at 1 month ago
push
nathanl/phoenix_html

Implement HTML safe for all datetime

There are new .to_iso8601/1 on Ecto master that are needed for encoding.

Update deps instructions to use 0.3.0

Update deps instructions to use 0.3.0

Show an arbitrary action and link to Phoenix usage

Created at 1 month ago
push
nathanl/ecto

I made some changes to the initial docs by @josevalim trying to make language a little more accessible and easy to read by someone unfamiliar with some concepts.

It seems I have overlooked the savepoints feature in https://github.com/elixir-ecto/ecto/pull/3946 and it's actually an SQL standard. It seems it's currently supported by all our default adapters, so we shouldn't make the case that it's specific to Postgres.

Fix tests failing due to Elixir 1.13 string representation of macros (#3958)

Created at 1 month ago
fork
nathanl/phoenix_html

Created at 1 month ago
push
nathanl/phoenix

Do not list more dependencies than necessary in example

Update comments to reflect changes from Mix.Config to Config (#4264)

Add some clarification to help users that may have specified --no-webpack or --no-html without mentioning those parameters by name to make docs maintenance a bit easier.

It's a little easier than cd:ing into the dir, running it and then going back.

Some guides mention an alternative on Windows, so I did the same here.

Also changing some '--prefix ./assets' to '--prefix assets' for consistency.

Phoenix developers typically only need to run npm install inside the assets directory.

in guides/directory_structure.md because it seemed like too much detail for that doc.

Did not change references in error output in lib/phoenix/endpoint/watcher.ex because it seemed more of a one-off, and there a portable but less convenient command seems better.

Did not change generated README.md files.

It gives the --version option the phx task.

It also streamline the format of mix phx with headers.

It mentions it is the "Phoenix installer" when you run mix phx.new --version

Try to keep both mix.exs and installer/mix.exs structured as similar as possible.

Keyword.has_key?/2 is being passed a non atom key as described in: https://github.com/phoenixframework/phoenix/issues/4280

Fixes the issue by checking the type of key

Fix indentation in Markdown list. Since it was already inside a list, it was looking as one line item.

The package install command apk add python no longer seems to work. The solution appears to be to explicitly specify python2 or python3. There is some discussion of that here: https://stackoverflow.com/a/62652692/312962

Created at 1 month ago
push
nathanl/.dotfiles

Note that I want asdf

Tweaks to machine setup and instructions