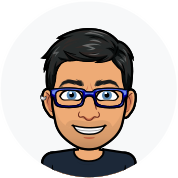 A data orchestrator for machine learning, analytics, and ETL.

Created at 1 week ago
push
mrdavidlaing/vincent-van-git

@tozka I've addressed the Code Analysis warnings and squashed the commits into a single commit to ease merging.

I've also run projects/vdk-core/cicd/build.sh on my local machine which seemed to succeed barring the failure below that I don't think is related to my changes

Are you happy to progress to merging this PR?

Created at 1 week ago
push
mrdavidlaing/versatile-data-kit

why: As a part of recently introduced functionality to provide kerberos authentication we needed to add an integration test with a running control service.

what: Added Kerberos authentication tests against a running control service. The test creates it's own Kerberos server (using apache kerby) and creates as unique keytab used to authenticate against the server each time. The test verifies that authentication works as expected.

This change implements the execute method for the VDKOperator. This method triggers a job. execution and is ran when the operator is used inside an Airflow DAG.

why: As a part of recently introduced functionality to provide kerberos authentication we needed to add an integration test with a running control service.

what: Added Kerberos authentication tests against a running control service. The test creates it's own Kerberos server (using apache kerby) and creates as unique keytab used to authenticate against the server each time. The test verifies that authentication works as expected.

@tozka Let me address the remaining Code Analysis warnings and squash the commits to make the merge nice and clean.

I'll ping you here when that is done

@tozka With 54f4a09 done I'm happy that we have a basic set of functional tests. Are there any other tests you'd like to see added?

Created at 2 weeks ago
push
mrdavidlaing/versatile-data-kit

The unit tests have been failed due to the wrong expected type. They expect String but the value is NULL.

The coding standard is not easy to find. And it's generally recommended that it's included in contributing.md

This change allows job executions to be started and cancelled through the VDK connection hook object.

As part of the development of the Versatile Data Kit Airflow Provider, we need to ensure that all connections to the Control Service are properly authenticated. For this to happen, we need to define the authentication mechanisms and flows that would be used.

This change extends the Security and Permissions section of the enhancement proposal to include more details on how authentication would be facilitated in the Airflow Provider.

With the increase in plugins requiring authentication arises the need for a dedicated utility that provides such functions.

This change introduces the initial structure of a library plugin, whose purpose is to facilitate authentication with 3-rd party services.

This change lays out the initial structure for the VDK asynchronous operator, a.k.a. the VDKSensor. The purpose of this sensor is to routinely poke the VDK control-service and check the status of a particular job, so that its completion/failure can trigger some activity in an Airflow DAG, i.e. trigger another job.

At POC level currently (Pre-Alpha release). It collects lineage information for each job run and for each executed query. Query execution is currently before it's executed (so not query status is logged) as we lack the necessary hooks.

There are plenty of TODOs in the code that need to be addressed before moving maturity level and add more tests.

Testing Done: there are some tests and also manually:

why: Users requested clearer examples on how long given operations took: "- In concrete case problems was with SQL query , it would be nice if we can print profile details (especially if query fails)"

vdk-core: Verify payload after pre-processing it (#777)

Ingestion allows pre-processing payloads. If the payload is curated during pre-processing, currently, verification would fail. Ingestion pre/post processors are initialized using predefined config vars. These vars should have VDK_ prefix which is not added automatically at this point.

Verify payload after pre-processing it, since this pre-processing might be responsible for making it serializable. Add VDK_ prefix to configs so that ingestion pre/post processors are properly initialized.

vdk-core: Allow logs to be sent to an endpoint using SysLog (#807)

This change makes it so an cloud executions of jobs can have an endpoint configured, where logs will be sent automatically using SysLog.

Testing done: ran job with a configured endpoint and observed logs in the endpoint

The examples directory in git contains generally the source code. And the examples tutorial/articles are written in a wiki currently.

Add a link to the channel so that users can join directly easier. Going to CNCF slack main page takes a lot of time.

We've noticed an occasional error occurs, applying the stack trace: File "/opt/buildenv/lib/python3.7/site-packages/vdk/internal/heartbeat/ job_controller.py", line 383, in check_job_execution_finished self._datetime_from_iso_format(str(e["end_time"])) for e in execution_list TypeError: '>' not supported between instances of 'NoneType' and 'datetime.datetime'

The error seems to reproduce in case execution end_time is not yet populated, and max() is attempting to compare datetime with NoneType. The fix presumes the status of latest non-populated end_time is freshest, so returns that if present. Otherwise, returns status of latest end datetime populated. Discussion on workflow is found at https://github.com/vmware/versatile-data-kit/pull/813 #discussion_r854317775 A broader Exception is added for handling during datetime conversion, like a preventive step.

Testing done: did retrieve the Execution API response, did reproduce same TypeError error via local code snippet, then verified the newly introduced fix applied is operational. Did add a unit test to cover this use-case.

That results in false-positive yet package-empty upgrade message displayed:

Changed _check_version method to _print_new_version_message, matching the purpose described in its pydocs. Added handling of use-case when no packages for upgrade detected.

Testing Done: added a test_no_new_version_check to cover that use-case, the test detects the issue before the changes and succeeds after applying the changes made.

PropertiesRouter interface surface no more exposes a singleton implementation, instead implements the IProperties interface and does the routing internally. Also IngesterRouter already implements IIngester methods, so elaborated the class definition on that explicitly, so it is effectively coupled with the interfaces evolution.

Testing Done: ci/cd. No functional changes made, except interface surface improvements and encapsulation.

Increment the version in version.txt file to trigger the release.