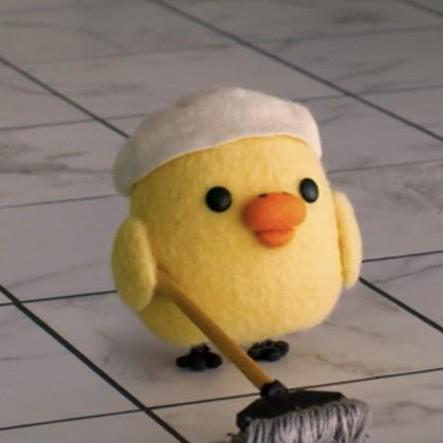 A bytecode interpreter for a prototype quantum scripting language

I don't think Go has any specific support for running as a Windows kernel driver (though I may be misunderstanding what you mean). I'm not certain how arenas helps you with that.

@LeGamerDc The arena API that landed in Go 1.20 (behind GOEXPERIMENT=arenas) allow you to do this via an interface in the reflect package.

Why does the performance of using arena under windows seem to be worse?

Please file a new issue with details and how to reproduce the behavior.

I still plan to look into this.

That one failure on linux/arm has been the only one since. Aside from a stream of persistent failures on longtest builders (that seem to be fixed), these are the latest 3:

Since we're in the freeze and this is work for a new API, I don't think anything is going to happen here. I'm moving this into Go 1.21. This has been sitting here for quite a long time, and at this point I think we just need someone to implement it. Marking as help wanted.

runtime, syscall: we require pipe2 but Solaris before 11.4 reportedly does not have it

If we don't have any maintainers for the Solaris port, that's not great. The port is not currently broken, but by the new port policy (#53383) if it gets into a broken state and nobody fixes it, it may end up getting removed.

Perhaps we should post on golang-dev looking for an owner. @rorth, @binarycrusader, @jclulow if you know anyone that might be interested please reach out to them if you have time.

For this particular issue, I think if we are supporting Solaris 11.3 indirectly through gccgo (and libruntime/libgo) then:

This continues to be the only failure in recent memory. At the end of the cycle we should put this into the backlog if we don't see any more issues.

Looking at recent failures, I think this continues to not be a release blocker, but it has flaked a bunch of times on some ports:

Checking manually, the latest instance of this is

Putting this back in the triage queue.

Actually, there seems to have been 2 additional failures since then:

watchflakes hasn't updated this bug since Oct 4th. I think we should fix this but since it was introduced in the last release I don't think this is a release blocker (and I don't think it's failing frequently enough to be causing significant harm).

It's prioritized as P1 for triage which sounds right to me. I'll set up a dashboard so we don't miss flakes like this and get around to them soon. I'm going over the other "unassigned" issues now, so they'll take priority if they look more strongly like release blockers.

Thanks. I think this is addition makes sense. How should these labels be surfaced in the current UI?

I updated the CL to use gcController.heapMarked, but found one odd thing.

It's an accounting artifact currently required for good performance. It would be nice to fix, but I'm not yet sure how without either (1) impacting the allocation fast path or (2) slowing down metrics.Read to ReadMemStats levels (this path would avoid the global latency impact that ReadMemStats has because it's not necessary to actually, fully stop the world, but the worst-case latency of metrics.Read becomes effectively the same as stopping the world).

For users that really need this consistency (like the testing package), ReadMemStats provides it, so there is a workaround. Most of the time though, the skew doesn't make a very meaningful difference, and the memory stats (in /memory/classes) are all at least guaranteed to be consistent with each other. It might be worth mentioning in the docs that this stat specifically isn't necessarily consistent with the /memory/classes stats. We can lift this restriction in the future if we can figure out a way to flush cached efficiently (I'll keep thinking about it).

If we do this, we should probably also export scannable stack bytes and scannable globals bytes, at least as far as they go into the GOGC calculation. We should also really export GOGC and the memory limit as well, since they can change during application execution.

I can prepare CLs for those as well. Should I submit them separately?

Either or. Your current CL is not very big.

I created a very hacky prototype of this here, but there is probably a much better way to do this.

Yeah, there's a simpler way for bytes. :) You want gcController.heapMarked. You can just read that directly in the metrics callback without any synchronization since it only gets updated during a STW.

A similar proposal was rejected previously (#51966). Part of the problem was inclusion in MemStats, but runtime/metrics also existed and I made some other arguments against it. Mainly, I think relying on it solely as an indicator can be somewhat fragile if you put it in context of the Go 1.18 GOGC changes. I wasn't ever fundamentally opposed to this, but at the time for the use-case presented, it just didn't seem worth it. I also wanted to think more carefully about what implications it could have (and why we didn't do it already).

However, I do think your argument that it's useful for identifying issues with a memory limit is "new information" (now that the memory limit has landed) as far as the proposal processes goes. I think that might be enough to push this over the edge into more serious consideration for me personally.

I think to start with I'd be inclined at this point to call this /gc/heap/live:bytes. This way it lives next to /gc/heap/goal:bytes. /memory/classes to me is more about a breakdown of memory at a higher level and all the metrics inside there are supposed to be orthogonal. We'd have to break up some of the other metrics and I don't think it's worth it for this.

If we do this, we should probably also export scannable stack bytes and scannable globals bytes, at least as far as they go into the GOGC calculation. We should also really export GOGC and the memory limit as well, since they can change during application execution.

I don't really see enough utility from exporting the count of live objects though. I think a memory profile is better for that sort of thing anyway. (Also, we don't currently track that (mod memory profiling) and it's more work.)

The main changes landed. (There could be a bit more refactoring and cleanup, but it seems OK for now.) Closing this issue.

Goal: fix up the gomote UI by tackling the following GitHub issues,

and directly add support for the common use-case of stress testing across several gomotes, a la

The example below demonstrates the new functionality. Following examples build on each other.

Thanks for this. If there's one thing that could make the wiki significantly clearer it would be a paragraph about directory structure and the "gomote machine model". It took me a bunch of try-and-error runs to find out. Much of it may be "obvious" in retrospect, but it helps spelling it out right away, especially for first-time gomote users. This would provide newcomers a clearer model of how the gomote looks like from a client's perspective.

Some of the things that would be nice if they were spelled out:

I updated the wiki and I think I hit your main points: https://github.com/golang/go/wiki/Gomote.

Oh, haha. It happens. :) Well, thanks for checking and for trying to reproduce!

ps: Now I have a guess, the GC is triggered by the goal calculated by GOMEMLIMIT, but it is not complete. During the mark phase, the new allocated object are marked reachable, so the RSS increases. And this occasion is under a http benchmark, the pressure is high, Rss increases too high, finally it's killed. It's a guess, I will test it later :)

Sorry, I'm not sure I follow. If your application allocates around 6.3 GiB in 2 minutes (as per your original post), then that's an allocation rate of about 53 MiB/s. If you have a 1 GiB ballast and your total live heap stays around 2 GiB, that suggests to me that your live heap is small, on the order of MiB. The GC should have no problem keeping up in this scenario I would expect the mark phase to be really short. (Even then, newly allocated memory marked live during a mark phase will become eligible for reclamation next cycle provided it's not referenced by the next mark phase.)

If the application is actually getting to a mark phase, the GC is programmed to become more aggressive as the goal is neared and begins to be exceeded. It'll force the allocating goroutines to assist until it can finish.

I think a reproducer at this point would be the most useful thing.