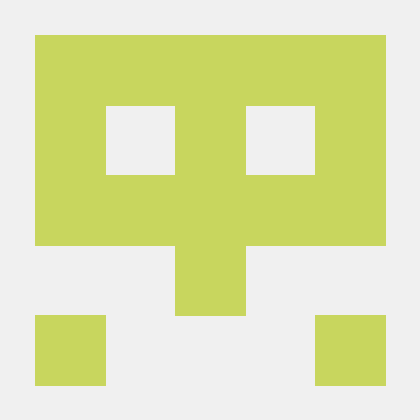 Created at 1 week ago
fork
lidalei/DataflowTemplates

This PR fixes an issue when canceling BigQuery jobs. The issue arises when the service account is in a Google Cloud project A but the job runs in another project B. The default project and location won't work anymore.

Created at 3 weeks ago
push
lidalei/airflow

Removes a single stray word from the installation instructions

When prod image is built, we install airflow from packages and asset compilation happens as part of the package preparation.

There is no need whatsoever to repeat it here for PROD images (it is still needed for CI images though).

We stopped pushing latest CI/PROD images to ghcr.io when we started to run multiplatform builds and switched to --cache-from option of buildx. Hoever there are still some workflows that might require the latest image (for example Codespaces) and generally speaking someone could just pull the image if they are curious.

This PR adds back pushing the image (only "linux/amd" during image cache preparation.

The problem is that verify_ssl is overwritten by the configuration from the kube_config or load_incluster_config file.

This gets rid of the hvac deprecation warning about auth_kubernetes being removed in version 1.0 that is currently printed when using this authentication method.

Change stdout and stderr access mode to append in commands (#25253)

When we are constructing cross-provider dependencies, we should adjust the limits to account for some apache-airflow packages that are not yet released.

The adjustment is to add ".*" after the version number when dependency is lower-bound with >=. It's not explicitly mentioned in PEP 440 - it is only mentioned there that it works for equality, but since >= is also part of equal it also works there.

Example is a common-sql package that might be limited to >=1.1.0 in google provider as part of the change, but it might not yet be released as it is being released together with the package it is needed by.

We need to adjust the version whenever in our providers we refer to other providers with >= install clause because --pre flag in pip only allows to install direct pre-release (and development) dependencies but it does not modify requirements of those package to also include pre-releases as transitive dependency.

Also a bug was found that would prevent to generate the dependencies in case provider.yaml file only changed (bad specification of .pre-commit include)

Previously, in #24836 we moved Hooks and added some new operators to the common.sql package. Now we are salso moving the operators and sensors to common.sql.

The #25380 re-introduced pushing image as latest on main success and (as unfortunately happens) since this is only testable after merge, a small bug crippled in making main build fail.

This flag should fix the problem.

set project_id when get bigquery job