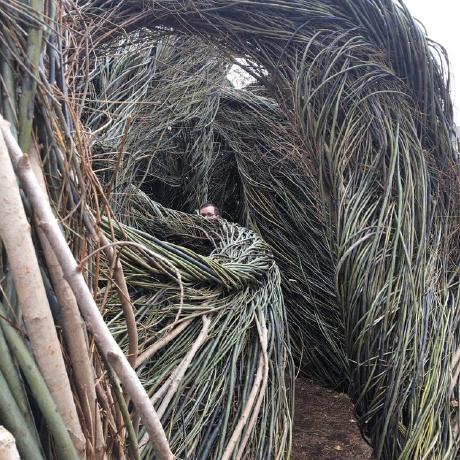 Add the ability to enable/disable preview features through Bicep config

It would be helpful to give users the ability to preview new functionality through a switch in the bicepconfig.json.

Created at 14 hours ago
push
Azure/bicep

Also emit a deprecation notice when a feature flag is sourced from an environment variable.

~~This PR updates Bicep's feature flag façade to support multiple sources and adds two more: configuration via bicepconfig.json files and CLI arguments. The existing feature flag environment variables are still supported, but they may be overridden with a CLI argument, and if a feature is not explicitly enabled or disabled via CLI args or environment variables, the appropriate bicepconfig.json file for the template/module being compiled will be queried.~~

This PR updates IFeatureProvider to read from bicepconfig.json instead of the currently supported environment variables.

As a consequence of reading bicepconfig.json for feature flags, we can no longer associated an IFeatureProvider with a Compilation instance but must instead bind feature providers to the Compilation's constituent SemanticModel instances, as each bicep file may have different features enabled or disabled depending on its location on disk. The same is true of IApiVersionProvider, which takes an IFeatureProvider as a constructor argument.

Created at 15 hours ago
push
Azure/bicep

Prevent broken VS integration tests from failing the build (#8567)

Use fixed property names in Config.ExperimentalFeaturesEnabled

Created at 22 hours ago
push
Azure/bicep

Since configuration is now a property of a Bicep file's semantic model, linter rules can track relevant configuration as variables local to LinterRuleBase::AnalyzeInternal instead of as instance state on the rule class. This allows for safe concurrent usage of a single LinterAnalyzer instance, so this PR also updates the CLI and LangServer packages to use a LinterAnalyzer singleton rather than instantiating new instances at various points in the compilation process.

Created at 22 hours ago
push
Azure/bicep

Also emit a deprecation notice when a feature flag is sourced from an environment variable.

Leave only bicepconfig.json as a feature flag source