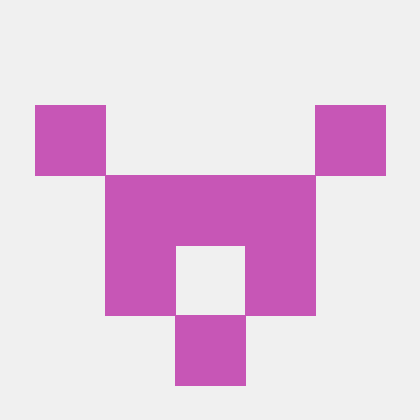 I have Promxy set up with two server groups, each containing two VictoriaMetrics targets. One goal of this setup is that the user doesn't need to know which of the target groups contains the data they're looking for; the other is that for some metrics it's possible to provide some redundancy across both groups.

However, Promxy seems to effectively go down if all targets in a group go down: all queries fail immediately. A grafana dashboard will fail to load even if it doesn't need any data from the unavailable group. This feels unnecessary.

The culprit might be the requiredCount in MultiAPI, which is designed to fail as early as possible:

It would be nice to be able to configure this requiredCount, or to otherwise influence this behaviour.

Otherwise, if one is supposed to use a single server group for two groups of targets, where one group is designed to be a (partial) fallback for the other group, maybe this could be addressed somewhere in the docs, for instance after the line in the README:

A ServerGroup is a set of prometheus hosts configured the same.

FWIW I've been using promxy for alerting since ~2018 without major issue -- so definitely an intended use-case. The main driver for that was to support global aggregate alerts (e.g. error rate across all shards, latency across all shards, etc.).

It sounds like for this issue we're all buttoned up, so I'll go ahead and close this out. If you have any other issues please feel free to re-open or create another issue!

Created at 1 week ago
push
ContextLogic/mongoengine

What I intend to do is to get rid of 2nd duplicate metric which comes through different telegraf output, but since host is registered it appears to be different hence not deduplicated.

Problem I have is that I need to relabel host only if another label input is set to "cloudwatch". Therefore my relabel_configs looks like this:

I tried to make sense of relabel_configs vs metric_relabel_configs from https://github.com/jacksontj/promxy/issues/136, but still no luck. What is wrong? Can function I need be implemented?

Yea, its a bit of a philisophical question. In the event of "plain" data fetching missing data is maybe okay -- but if you are relying on this for alerting you get a false sense of security. For example, if the alert was based on error rate, and a bunch of nodes were missing metrics (because of an SG missing) you'd have an alert green (because it was missing the data) instead of red (because it was unable to fetch).

Given that context my decision was to have promxy err on the side of visibility here (since it is effectively an error fetching data). So I definitely caution against the use of ignore_error -- but in some use-cases that is the desired behavior.

No result when using relative time_range

This definitely seems like a unique use-case. Given that your issue is with the "shortterm" metrics missing, maybe its some sort of caching issue in VM (https://github.com/jacksontj/promxy/blob/master/cmd/promxy/config.yaml#L54). If that doesn't solve it we'd require some more debugging. So ideally a repro case -- but if not a pcap or trace logs should be sufficient.

@nemobis sorry, I mis-sent before -- I just finished editing the comment with the rest of the context :)

Thanks for reaching out!

From reading over your issue it sounds like there may just be some misunderstanding/miscommunication around the servergroups.

So as you quoted a servergroup is a set of prometheus hosts that are configured the same. So based on your description of 2 servergroups with 2 targets each, I expect you have 4 total VM nodes:

Created at 1 week ago
push
jacksontj/promxy

@jacksontj Could I have a +1 here?

@camathieu A friendly reminder here -- this should work after a rebase (to include the fix for CI) :)