Has this ever happened to you?

Black and white video plays of someone struggling to find a shell script they wrote a year ago and stuffed into their ~/bin without giving it a very meaningful name.

Don't you hate it when you can't find the scripts you need, when you need it? Well now there's a better way!

Color fills the screen. Someone holds sd up to the camera, and flashes a winning smile. They've found the script on their first try.

Introducing sd, the script directory for the refined, sophisticated professional. Simply organize your scripts in a logical directory hierarchy, and let sd take care of the rest!

And now instead of typing ~/sd/blog/publish, you can just type sd blog publish -- a savings of nearly three whole characters!

But wait! There's more! You'll wonder how you ever lived without sd's best-in-class tab completion:

Simply write a one-line comment in your script, and you'll never be left scratching your head over how you were supposed to call it!

Hi okay sorry. Take a look at this blog post for a real introduction and a fancy asciinema demo of how it works.

The default behavior for sd foo bar is:

There are some special flags that are significant to sd. If you supply any one of these arguments, sd will not invoke your script, and will do something fancier instead.

Print the contents of a help file, or generate a help file from comments in a script.

For executables, sd looks for a file with the same name but the .help extension. For example, sd nix diff --help would look for a file called ~/sd/nix/diff.help, and print it out.

For directories, sd looks for a file that's just called help. So sd nix --help would look for ~/sd/nix/help.

If there is no help file for an executable, sd will print the first comment block in the file instead. sd currently only recognizes bash-style # comments.

That will produce the following help output (note that it only prints the first contiguous comment block):

If you run --help for a directory, it will also print out a command listing after the help text:

Will try to create a new command at ~/sd/foo/bar with an initial contents of echo hi.

Actually, to be more precise, it will create this script:

If no body is supplied after --new, sd will open the script for editing.

You can customize the template used by --new by creating a file called template, either in ~/sd or one of its subdirectories.

sd will try to find a template by walking recursively up the directory hierarchy. For example, if you run:

sd will try to find a template at ~/sd/foo/bar/template first, then fall back to ~/sd/foo/template, then ~/sd/template. If it doesn't find any template file, it will use the default bash template shown above.

(There is no need to make your template executable -- sd will take care of that for you.)

When --new is used to create an inline script, that script will always go at the end of your template file. There is currently no way to customize this.

Prints the contents of the script. See SD_CAT below.

Open the script in an editor. See SD_EDITOR below.

Prints the path of the script.

Suppress special handling of all of the other special flags. This allows you to pass --help or --new as arguments to your actual script, instead of being interpreted by sd. For example:

The first occurrence of the --really argument will be removed from the arguments passed to the script, so if you need to pass a literal --really, you must pass it twice to sd. For example:

When a script is invoked, sd will set the environment variable SD to the directory that the script was found in -- in other words, $(dirname "$0").

This makes it slightly more convenient to refer to shared helper files or other scripts relative to the executing script.

There are two ways to use sd:

I prefer to use sd as a regular executable, but the function approach is more convenient if you already use a shell plugin manager that knows how to set up fpath automatically.

Note that you cannot invoke "recursive sd" (that is, write scripts that themselves invoke sd) if you use the function approach. This includes all of the helper scripts in sdefaults/ (explained below).

Installation as a regular script

sd is not currently packaged in any package manager that I am aware of, but it should be pretty easy if you want to package it for your distribution. It's just a single script and a single completion file. Until that day:

I like to symlink sd to ~/bin, which is already on my path. If you've cloned this repo to ~/src/sd, you can do that by running something like:

There isn't really a standard place in your home directory to put completion scripts, so unless you've made your own, you'll probably want to add your clone directly to your fpath. You should add that to your .zshrc file before the line where you call compinit. It should look something like this:

If you use a zsh framework like oh-my-zsh, it probably calls compinit for you. In that case, just set your fpath before you source the framework's initialization script.

Note that changes you make to your ~/.zshrc will only take effect for future shells you create, so to start enjoying sd immediately you'll also want to run these commands in your existing shells:

Installation as a shell function

You can just source sd in your .zshrc and set up completion manually (as described below), but sd is designed to be compatible with shell plugin managers.

Add this line to your .zshrc:

Clone this repo into your custom plugins directory:

And then add it to the plugins list in your ~/.zshrc before you source oh-my-zsh:

There are some scripts in sdefaults/ that you can copy into your own ~/sd if you like. They'll let you type sd cat foo bar instead of sd foo bar --cat or sd new foo -- echo hi instead of sd foo --new echo hi (and so on for each of the built-in commands).

These mostly exist for backwards compatibility with an earlier version of sd. You don't have to use them if you don't want to. Note that they will not work if you've installed sd as a shell function instead of an executable.

Patrick Jackson contributed an unofficial fish completion script, which should be usable with some modification (as written it does not respect SD_ROOT, but it should act as a very good starting point if you use fish).

Bash doesn't support the fancy completion-with-description feature that is sort of the whole point of sd, but there are apparently ways to hack something similar.

sd is now released under the MIT license. There are no functional changes from the pre-1.0 releases.

You used to be able to provide a description for a directory called foo/ by writing a file called foo.help as a sibling of that directory.

Now directory help summaries are expected in foo/help instead.

This has the sort-of nice effect that sd foo help is sometimes similar to sd foo --help. Except that the latter also prints out subcommands. 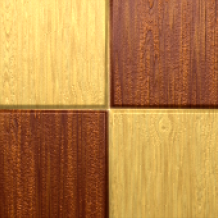 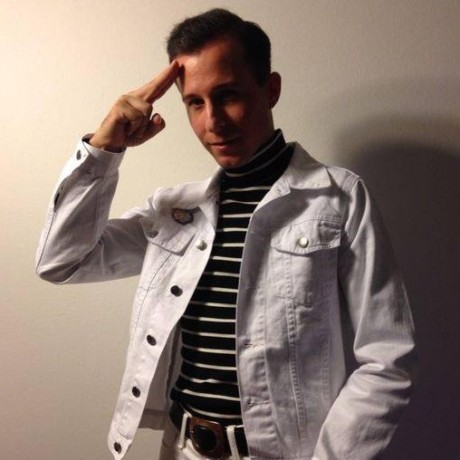