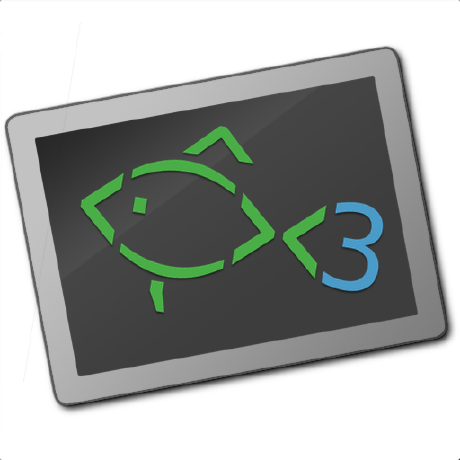 Forget to remove this detection, just match ip:port to use as remote.

This is what currently happens when I try to tab complete on a directory with a single file (file.txt) in the middle of an rsync command:

The current directory (.) shows up as an option and stops rsync from automatically selecting the only file. I can't think of a reason why one would actually want to tab complete to . (and even if one did, just typing . is a hell of a lot quicker than waiting for a response that probably traverses the network). I couldn't find any rsync option to exclude the current directory so I just used string match to remove it. Hopefully nothing actually useful gets matched (I tried, for example, creating file. and directory./ and they still show up) but I would appreciate it if someone could double-check.

I have about fifty git branches for fish and I almost always git checkout between the most recent two or three. Maybe I'm not the only one.

Created at 7 hours ago
push
fish-shell/fish-shell

It takes a wide variety of values, but I think branches are probably the most common payloads. We can also include recent commits?

Talk about your changes here.

Up to now, in normal locales \x was essentially the same as \X, except that it errored if given a value > 0x7f.

That's kind of annoying and useless.

A subtle change is that \xHH now represents the character (if any) encoded by the byte value "HH", so even for values <= 0x7f if that's not the same as the ASCII value we would diverge.

I am reasonably certain we are making that same assumption in other places.

This branch builds on #9245, because otherwise we would encode every \xAB with the ENCODE_DIRECT scheme, which would, among other things, break universal variables.

`cd` after `mkdir` or `git clone` should autosuggest the directory you just created.

I think there's an opportunity to be very clever here - perhaps even enough to show a ghost suggestion here. If we store a snapshot of the directory state (depth = 0) prior to invocation of an external command and then, once control has returned to the shell, discover that there is exactly one new entry or file, we can offer that up as a completion to the next command entered by the user.

I had for some time been thinking (or not even thinking, just subconsciously what-if'ing in the back of my mind) about what a really clever shell that injected itself (tee-like) at the end of every toolchain could learn from the stdout output of commands the user ran, and what it could suggest based off of them. This wasn't a serious train of thought, so no one go criticizing, but I was thinking along the lines of what kind of intelligent completions would we be able to offer that wasn't previously possible by pattern matching output to paths. All that to say, I think that fish has only scratched the surface when it comes to intuitive and intelligent suggestions and we should be pushing the box (carefully!) to try and challenge ourselves in new ways.

I looked at the duplicate and made my ~/.gitconfig to ignore non-dotfiles:

So it will only autocomplete ~/.* files

I have an alias for handling my dotfiles

from any working directory and it works.

To avoid config showing ALL of my home when I do config status, I also did

So... when I am wanting to add a new file to my config repo:

it get's stuck forever, instead of giving me options or at least giving me back control of the prompt.

You're asking git to scan gigabytes of data. That's slow, because it's a big task.

No, I do not believe there is anything we can do here.

I have an alias for handling my dotfiles

from any working directory and it works.

To avoid config showing ALL of my home when I do config status, I also did

So... when I am wanting to add a new file to my config repo:

it get's stuck forever, instead of giving me options or at least giving me back control of the prompt.

Created at 14 hours ago
push
fish-shell/fish-shell

highlight: Unicode above 0x10FFFF is an error

This should really just be using read_unquoted_escape, where this was changed in #1107

didn't work, but math 5 \x2b 5 did, and would print the wonderful error:

So, instead, we decode eagerly.

Sidenote: The diff is an absolute mess - what I did was:

A reasonably simple change, but because of the additional indentation this touched most of read_unquoted_escape. Sorry about that!

sounds good, thanks. Both \xe4 and \Xe4 should produce that byte. For Unicode characters we already have \u00e4

Oh, I don't know why it appeared here, maybe it was copied accidentally.