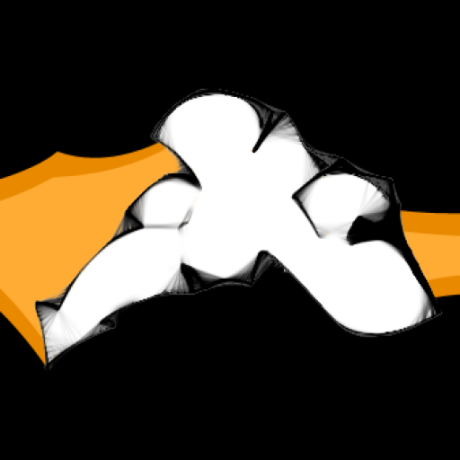 Fix a bug in schema processing

Summary: In typecheckSchema we were calling checkStored on all the predicates in the environment, but using the type environment from the current schema only. So if any types were removed or changed, we would get an error.

The fix is to not do checkStored on predicates that were already in the tcEnv, because those have been checked already.

Use cached schemas when opening a DB

Summary: Starting to reap the benefits of hashing schemas: when opening a DB, if the DB contains a schema that is also in our current schema index, then we can use the cached ProcessedSchema and we don't have to parse/resolve/etc. the DB schema.

Add a callstack to UnknownDatabase exceptions

Summary: malanka noticed that we are getting UnknownDatabase errors in Production that arise after deleting a DB. It's almost certain that they are being raised by Catalog.getEntry, but there are >50 transitive call sites which makes guessing a bit hard.

This diff adds a very simple rendered call stack to the UnknownDatabase exception, which will be included in the server exception logs.

Add more to the roadmap

Run gen-schema once, not twice

Abstract the loggers from glean/db (#219)

Use a NullConfigProvider for tests

Summary: After the preceding diff, we can now abstract glean/db over the ConfigProvider, and in tests we can instantiate it with a NullConfigProvider that always fails. This has two benefits:

namespace rust directives in Thrift files have no effect on the generated code and can be misleading. Therefore we should remove them.

What this diff does

This diff removes most of these from existing Thrift files in fbcode, except for the generated files.

(Manually reverted a few files, e.g. some of the Thrift fixtures.)

extract all other options for write command as separate functions

Summary: Extract some more options as separate functions. So it is easier later to improve 'glean write --help' and 'glean create --help'

Summary: This option displays the schema-id used by the deriver.

Summary: We were only logging the first element of the NonEmpty set of gleandbs used to search. This makes debugging things harder, as we see results from N dbs, but only the first is mentioend in logs.

Summary: One pass over to simplify things.

A bit clearer what is going on now, but still not 100% clear

I'd like to figure out a way to test x-repo symbol ids too, to at least specify what we're trying to do here.

pgadmin4 failed to install on unstable

Adding pgadmin4 to /etc/nixos/configuration.nix and then nixos-rebuild switch leads to

Steps to reproduce the behavior:

@cdepillabout wow! Thank you so much. This is a good start and one of the missing pieces. Really appreciated! I'll go and play around with this!

@cdepillabout Sorry, I don't have a derivation. I tried setting up a flake file (current version here: https://gist.github.com/dsp/05dd9e3402bf4454f10e5ff7684c8b0b) to build Glean and HSThrift, but I wasn't able to get either callCabal2Nix or callPackage working due to the cabal version mismatch. When I use ghc8 packages and use callCabal2Nix it uses cabal 3.2 or 3.4 which fails to build. So I am not even sure how to get started building my own cabal with GHC8 in the build process.

At the moment the Makefile does not provide a make install as it's customary for Makefiles. In particular, this would allow much easier packaging for most packaging systems (as they require install to a chroot before packaging). In addition, it helps to quickly move the right binaries to an easy accessible place.

Summary: This encapsulates some of the functionality needed to prepare and execute a Subroutine in the new Activation type. This is both cleaner and will allow more nice things further down the road. A slight benefit is that we can now write arguments directly into the frame rather than creating an intermediary vector.

This would be very easy to extend to allow subroutine calls from within bytecode if we have a use case for that.

Summary: Previously, we were calling a function which recorded the state and then returning from the subroutine. Now, we update the Activation such that then next call to execute will resume the subroutine and return a status code from the evaluator which says whether the subroutine has been suspended. This means that we decouple serialisation/deserialisation of suspended subroutines (subsequent diffs) and can also be easily tweaked to support subrotuine calls from within the bytecode should we need that.

Note that this does not require a bytecode version bump as the implementation is both forwards and backwards compatible. This required leaving in the register which was used for passing in the saveState function for now. It is unused and will be removed later but I'd rather do all breaking changes in one go.

Summary: This just moves serialisation toSubroutineState into Activation. We should really do the same for deserialisation but I'll leave that for later.

move file options from common to wrtie.hs where is belongs

Summary: This 'fileArgs' is not common, it belongs only to write.hs. So I have moved it there.

And actually this was a main point why this entire stack of diff exists.

Unset the expiring bit for DBs we want to keep

Summary: We want to handle the following scenario:

Before this Diff, 3 would be followed by: 4. After roughly 30m (the retention expire delay for glean.query.prod) the DB gets deleted. This is not what we want!

After this Diff, 4 will not happen. Moreover, we can drop the sleep when the shard assignment is empty, since there is basically no penalty for starting with an empty or incomplete shard assignment (assuming a long enough expire delay).

Support updating the schema in a stacked DB

Summary: We sometimes want to be able to use stacked DBs for testing derived predicates, but doing that safely is a bit tricky. The workflow will be

Summary: I want to monitor the performance of DB open when we switch to the new schema format.

Summary: When we have multiple schema versions, we were re-typechecking all the derived predicates for each schema, rather than just the new ones.

getSchemaInfo: send the stored schema by default, instead of ""

Summary: If the client doesn't specify a SelectSchema when calling getSchemaInfo, I wrongly assumed Thrift would default to the first alternative, but actually it defaults to EMPTY, and in that case we were sending back "" as the schema source.

Summary: See dependent diffs for removing the existing uses that I found

Summary: Having a 10s delay between glean create and the new DB being published seems excessive. Let's lower it to 1s

Summary: This is a pure refactoring, the next Diff includes new tests for shard publishing that use the new library

Back out "Retire cxx1.3 and related schemas"

Created at 2 months ago
fork
dsp/Glean

Currently the Makefile has no install and cabal install glean glean-server glean-hyperlink fails. For packaging purposes it would be great to have a make install honoring a PREFIX env variable.

Currently the Makefile has no install and cabal install glean glean-server glean-hyperlink fails. For packaging purposes it would be great to have a make install honoring a PREFIX env variable.

When compiling hsthrift lib:thrift-server with GHC 8.8.4 (due to the requirement of base < 4.15), it fails with

It seems to me that either hsthrift needs to be bumped to require 9.2.X or setHighMemDynamic needs to be removed. Maybe i am missunderstanding how i am supposed to build this, so please advice.

@pepeiborra I added the env variable to the github workflow.

Created at 2 months ago
push
dsp/hsthrift

Issue #88 and #90 describe that depending on system GHC can lazily link all symbols or strictly link them at link time. To ensure we consistently test that all the symbols in the binary are available, we need to set LD_BIND_NOW to a non empty string. This will force ld to resolv all symbols (see https://man7.org/linux/man-pages/man8/ld.so.8.html) at link time.

The following PR addresses various build issues that occur when GHC does load symbols strictly at build times. @exi's did an investigation in #90. GHC on NixOS is compiled with _GNU_SOURCE leading to dlsym using RTLD_DEFAULT, causing strict loading. For hsthrift his means various symbols cannot be found at compile time and error out.

With the following stack I am able to build it on NixOS, but have not tested it on any other platform just yet.

I want to highlight commit 83ed60e, since it moves Utils/Executor.cpp to cpp/Executor.cpp and I am not sure if that's okay.

The rest hopefully should be straight forward.

This is branch includes PR #89 and should cleanly rebase if needed.

Created at 2 months ago
push
dsp/hsthrift

report process name and uptime for each connected client

Summary: It's helpful to know the set of connected clients, when they connected, and what their status is. Include pid and command line and uptime in watchman debug-status.

@alpmestan here is my hacked together flake file : https://gist.github.com/dsp/05dd9e3402bf4454f10e5ff7684c8b0b . Note that i must build folly and a few other things myself due to the haswell flag required for AVX2 support. Note also that i cannot yet build hsthrift and glean as a package because of the weird ghc8 + cabal3.6 requirement, that i just can't get to work.

The workflow of nix develop + cabal buildshould work (I use it out of the glean directory and hsthrift is a subdirectory).

Note #90 explains why my builds fail. @exi was so kind to help me debug this.

Revert D37573487: implement processWithMetadata for services that do not implement them

Having the openssl general dependency generated problem with the default build of getdeps.py as it expected the --allow-system-packages flag, but this is disabled by default in the github-actions build as per D26743251.

Found how to add the dependency of the development library for debian based distributions, so now it only requires in this case and our build doesn't need either the --allow-system-packages flag.

Summary: This makes our open source builds faster. I tested on both Ubuntu 18.04 and Ubuntu 20.04.