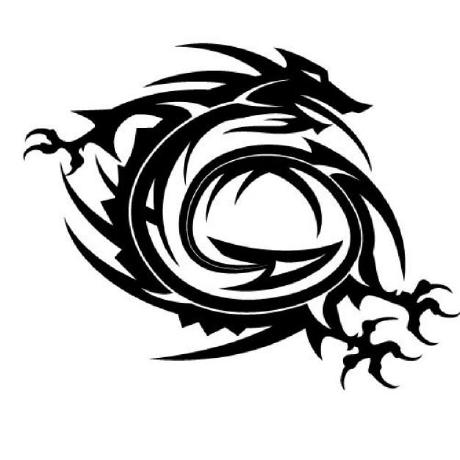 I built the same environment but was unable to reproduce the issue, always successful copies. Is it possible to get a bit more context or a minimum reproducer ?

Created at 9 hours ago
push
php/doc-en

Updates a comment in the example as "do something here" is a more complete sentence than "do here something".

Updates a comment in the example as "do something here" is a more complete sentence than "do here something".

Created at 11 hours ago
push
devnexen/jemalloc

Add a sanity check for double free issue in the arena in case that the tcache has been flushed.

Refactored cache_bin.h so that only one function is racy.

error: implicit declaration of function 'pthread_create_fptr_init' is invalid in C99

The text proposed here clarifies exactly what is returned, but in so doing it is also documenting an implementation detail that previously wasn't detailed: namely that the return slices are slices into the reordered slice. I don't think this can be contentious, because the lifetimes of those returned slices are bound to that of the original (now reordered) slice—so there really isn't any other reasonable implementation that could have this behaviour; but nevertheless it's probably best if @rust-lang/libs-api give it a nod?

Some language settings can result in unreliable UTF-8 being produced. This can result in failing to emit the error string, panicking instead. from_lossy_utf8 allows us to assume these strings usually will be fine.

Adds a long description and unit test for the E0311 compiler error.

Don't drop parent substs when we have no generic parameters

There was a partial rust code block in the readme that was invalid because of a missing line. I inlined the code snippet into the text to fix the error. This also improves readability a bit.

std::os::fd defines types like OwnedFd and RawFd and is common between Unix and non-Unix platforms that share a basic file-descriptor concept. Rust currently uses this internally to simplify its own code, but it would be useful for external users in the same way, so make it public.

This means that OwnedFd etc. will all appear in three places, for example on unix platforms:

Return immediately when FD_SETSIZE is exceeded (#9602)

As of PHP 8.1.0, the `--EXTENSIONS-- section is properly supported, and CIs may make use of that (our AppVeyor CI does). Thus it is important to list required extensions there, since otherwise they may not be loaded, causing the test to be skipped, or worse, to be borked.

Created at 15 hours ago
push
devnexen/AFLplusplus

Update real_map_size when doing a realloc

Created at 15 hours ago
push
devnexen/AFLplusplus

By removing ModuleSanitizerCoverageLegacyPass, which is completely unused.

There was some confusing between the initialization function for the upstream sancov pass and AFLs own implementation.

There was some confusion here due to name reuse. The initializeModuleSanitizerCoverageLegacyPassPass() function was actually calling the initialization of the upstream pass (which no longer supports legacy PM and thus fails to build on LLVM 15). The intention was to call the LTO initialization here.

Fix this by renaming symbols to avoid collision.

Add ability to use virtual dispatch to StagesTuple (#801)

Additional errors only in test (#809)

Adding SDL_Assume macro to give hint to the optimiser

oh I did not know you supported sdk so far back...

Created at 18 hours ago
push
devnexen/SDL

Adding SDL_Assume macro to give hint to the optimiser

with a given condition generating less instructions.

Created at 22 hours ago
push
devnexen/SDL

Autotools sets both versions to the same value, so Xcode and CMake need to match for the libraries to be compatible between the different builds.

Only use CETCOMPAT on x86/x64 platforms

Assume that stdint.h is available on Windows with compilers other than MSVC <= 2008

HIDAPI_DriverPS3_UpdateEffects: kill bad use of & operator on effects[]

Actually, DYLIB_COMPATIBILITY_VERSION shouldn't be updated for a stable point release

Note that we should regenerate configure before running test/versioning.sh

Also changed event order to: buttons, triggers, axes, for consistency with other drivers

Added support for the accelerometer in the Wii Remote

Refactored for similarity to surrounding code

There is supposedly an OpenGL ES2 target that does not support precision specifiers. However, the existing logic to detect this is currently broken in two ways:

Because some of the shader code is missing precision specifiers, and because a default is ONLY provided if GL_FRAGMENT_PRECISION_HIGH is set, these other targets break.

Instead of 'hard-coding' the prologue string into shaders in the C source, use our ability to provide a list of strings to glShaderSource instead, leaving the determination to run-time.

porting ZEND_ASSUME for clang for the optimiser with

using __builtin_assume instead of the actual generic solution, disable -Wassume warning for the ZEND_ASSERT cases.

Created at 1 day ago
push
devnexen/php-src

to be used in conjunction with SO_REUSPORT, giving a greater control over how we bind a socket instead of the round robin workflow, we do instead attach to the processor id as :

in other words, a more modern version of SO_INCOMING_CPU (ie can have a per worker notion we do not use here). Closes #8062

This is a result of checking GH-8800 which assumed potential memory leaks here. Even though it was not the case in reality, the function deserves a bit of clarification to prevent similar attempts in the future.