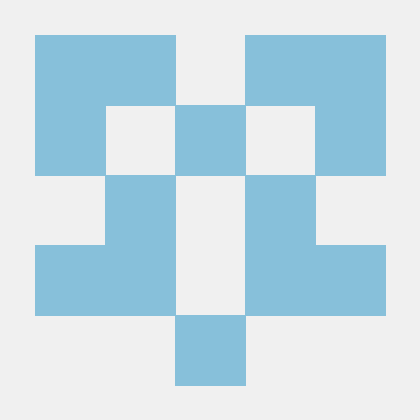 Well, maybe its more of a feature wish than a bug. But my expectation would be that --recovery-unseal would work without --recovery-private-key too, by quering the key from the cluster automatically.

The way it is implemented now is really not intuitive since its not doing what would be expected (at least by some) and not complaining that its an invalid combination of arguments.

Thanks for your reply.

I would have agreed, but I asked internally and the GID != 0 requirement is coming from the NSA Hardening Guide For Kuberenetes, PDF Page 55 While I see that it contains zero reasoning for this suggestion, I'm not in the position to question that...

Created at 1 month ago
push
david0/junit5-java-version

Additional context Add any other context about the problem here.

Afaik this issue is about raw strings, while the FAQ is about YAML/JSON files.

--raw with --recovery-unseal does not seem to work:

There should be a way to figure out the version.

A sharp look on your site told me that :-)

Created at 2 months ago
push
david0/docker-py

Upgrade to latest pywin32, which has support for Python 3.10 and resolves a CVE (related to ACL APIs, outside the scope of what docker-py relies on, which is npipe support, but still gets flagged by scanners).

The version constraint has also been relaxed in setup.py to allow newer versions of pywin32. This is similar to how we handle the other packages there, and should be safe from a compatibility perspective.

This was using a deprecated function (urllib.splitnport), ostensibly to work around issues with brackets on IPv6 addresses.

Ironically, its usage was broken, and would result in mangled IPv6 addresses if they had a port specified in some instances.

Usage of the deprecated function has been eliminated and extra test cases added where missing. All existing cases pass as-is. (The only other change to the test was to improve assertion messages.)

This test was verifying that the container has the right options set (through docker inspect), but also checks if the cgroup-rules are set within the container by reading /sys/fs/cgroup/devices/devices.list

Unlike cgroups v1, on cgroups v2, there is no file interface, and rules are handled through ebpf, which means that the test will fail because this file is not present.

From the Linux documentation for cgroups v2: https://github.com/torvalds/linux/blob/v5.16/Documentation/admin-guide/cgroup-v2.rst#device-controller

Cgroup v2 device controller has no interface files and is implemented on top of cgroup BPF. To control access to device files, a user may create bpf programs of type BPF_PROG_TYPE_CGROUP_DEVICE and attach them to cgroups with BPF_CGROUP_DEVICE flag. (...)

Given that setting the right cgroups is not really a responsibility of this SDK, it should be sufficient to verify that the right options were set in the container configuration, so this patch is removing the part that checks the cgroup, to allow this test to be run on a host with cgroups v2 enabled.

Ensure the container has exited before attempting to grab the logs.

Since we are not streaming them, it's possible to attach + grab logs before the output is processed, resulting in a test failure. If the container has exited, it's guaranteed to have logged :)

This test looks for some behavior on non-chunked HTTP requests.

It now fails because it looks like recent versions of Docker Engine ALWAYS return chunked responses (or perhaps this specific response changed somehow to now trigger chunking whereas it did not previously).

The actual logic it's trying to test is also unusual because it's trying to hackily propagate errors under the assumption that it'd get a non-chunked response on failure, which is...not reliable. Arguably, the chunked reader should be refactored somehow but that's a refactor we can't really commit to (and it's evidently been ok enough as is up until now).

Project is already configured for flake8 but it never gets run in CI.

Since flake8 wasn't actually being run in CI, we'd accumulated some violations.

Specific TLS versions are deprecated in latest Python, which causes test failures due to treating deprecation errors as warnings.

Luckily, the fix here is straightforward: we can eliminate some custom version selection logic by using PROTOCOL_TLS_CLIENT, which is the recommended method and will select the highest TLS version supported by both client and server.

deps: use packaging instead of deprecated distutils (#2931)

This is no longer needed as it exists in every supported (non-EOL) version of Python that we target.

ssh: do not create unnecessary subshell on exec (#2910)

We are blocked by this too. Unfortunately the docker-py seems to be dead-ish atm. The commits on master give some hope...

Document details on how to install MQ client

Maybe, unfortunately this project does not have a public bug tracker. The easiest (at least for me) would be if IBM-MQC-Redist would be bundled with pymqi.

Until then, I think IBM should provide at least a few lines of documentation somewhere on how to install the MQ client...

Document details on how to install MQ client

I tried to use pymqi to connect to a MQ and lost a lot of time figuring out how to install the required MQ client.

Maybe this should be documented better/a link to that should be provided?!

Anyway, here is what I am using now:

The best solution would obviously be to bundle the client with pymqi (same applies for nodejs, ruby etc).

Due to (another) seq requirement we are not allowed to run with GID 0 in k8s.

Is there any way to do that?

I get the following error:

We have a company-wide sec. requirement to run containers in k8s with a read only fs (We run it there for dev purposes only).

We have been able to implement that by building an own image that moves /etc/mqm/ to /config/mqm and then mounts a tmpdir to /etc/mqm at runtime and copying back from `/config.

Also a lot of mounts have been found out by trail&error:

I would suggest to make running with r/o rootfs simpler. For example it would be easier if input files (.tpl) would be stored in /usr/share, so that runmqdevserver would start with an empty /etc/mqm.

Also maybe the documentation should be improved by specifying which folders have to be read-only and/or improving the error messages by showing which file is problematic.

Any news? It really is a pity that this great package seems to be dead-ish atm.