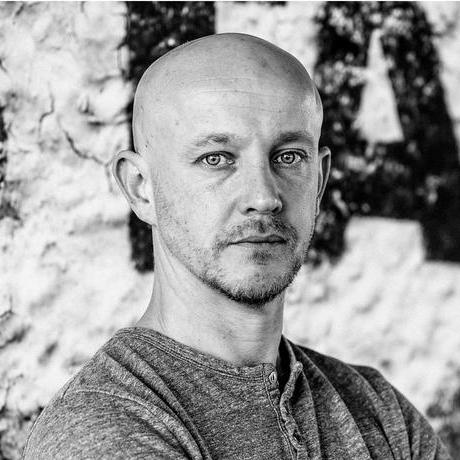 A Redis bundle for Symfony supporting Predis and PhpRedis

GitLab Provider for the OAuth 2.0 Client

I agree these operations should never be merged, as their operation and results could not be separated more.

The correct order is updates, test, bump. The operations are thus simply not supposed to be executed one after another, and are therefore no candidates for merging even if you ignore the other, valid, comments made above.

I understand the use case, I'm just not comfortable with 'weighing down' the bundle's internal API for everyone based, on an unsupported scenario used by few (likely 'one').

I'm more open to solving this request with for example events or abstraction mechanisms. Technically, you can already do what you want, as the getInitialResponse method is protected you can just override it in a VueDataTable extends DataTable. It's not entirely pretty, granted, but it'll allow you to do more customization that you'll likely need.

Created at 1 month ago
push
omines/datatables-bundle

NOTE : This PR is just a Work In Progress and a request for feedback. It is not intended for merging.

First thank you for this project, it is AWESOME! I love the way it has a clear syntax that is quite like the original Symfony Forms.

The only thing that bothers me a little is the rendering that leads to html in php which I don't like so much. Of course, there is the TwigColumn, but, as said in the doc, it adds a lot of overhead. I was then thinking of finding a way to do this, in a way more like the Forms.

As you know, Forms use form themes with blocks like form_widget , so I was thinking, maybe it could be possible to have the same approach for columns, by having one twig template with many blocks like mycolumn_column (where mycolumn is the name of the column declared in the datatable) where we can do the formatting in the block. This has the main advantage of loading only one twig where all the blocks are declared, and using it for each row and column.

If you think it is a good way for improvment let me know ;-)

Example of a table theme:

This has become too old to merge now, if you want to resume work please open a new PR.

Ok so you're kinda abusing our public API and request a change in it to support a case outside of the scope of the project? 😉

For this case I would recommend staying inside the bounds of the bundle, and use DataTable->setTemplate to override our default HTML template - it has full access to all column configuration and allows you to prepare an HTML section with the column data as JSON which you can then further process as static data with Vue or React.

For reference this is the default template: https://github.com/omines/datatables-bundle/blob/master/src/Resources/views/datatable_html.html.twig

I'm flagging it as an enhancement because I do not consider optional plugins something we must properly support.

Yeah that does seem a crutch, but looking at that - can we even be aware on the server end of what we would need to do?

Created at 1 month ago
push
omines/datatables-bundle

These updates are awaiting their schedule. Click on a checkbox to get an update now.

Yes, this is expected behavior, once you start adding custom joins to your DQL we can no longer reliably predict the data being returned. You should in general implement such custom behavior in your application in that case, that is why adapters and such are easily extendable.

I have created a custom adapter for my goal to support usage of the entity repository class of Doctrine. At the end I discovered that ->iterate() won't work for joined queries, since the result of a join-query can result in multiple of the root entities because of the joins. I ended up using this;

I'm actually surprised this doesn't work correctly, as I would expect the plugin to handle this completely inside DataTables itself.

Do you have concrete information on what is broken and how?

add a parameters option for the twig column

I think the change in itself is fine but rather limited right now. If we implement this we should also support callbacks so you can either opt for a static list of parameters for the entire table, and/or extend them at will on the row level (fetching additional data from a cache etc.)

Since I'm not aware of any bugs with column labels: what is currently broken and what does this fix do about it?

I just want to doublecheck why we should merge this, no issues with the change itself if it's needed.

I would like to be able to add an adapter to point to a database other than Doctrine ORM and only play with Pure SQL queries (Prestashop Database). Unfortunately in the doc I see TDB in the section: Implementing custom adapters

Is it possible ? If yes, how ? Thank you

And congratulations again for this module which works perfectly in my case with Doctrine ORM :)

For writing your own adapter I recommend looking at the ArrayAdapter included (the most basic adapter possible) or indeed the CustomORMAdapter pointed at above. It's not terribly complex but also hard to document as it's barely ever needed and most if not all required code depends on the target.

Can the table be displayed as a form?

That example runs completely clientside, and this bundle is unopinionated on what you do on that end. So yes, you can implement this by writing your own frontend code to do it.

https://omines.github.io/datatables-bundle/#javascript explains how to do all customization in JS.

Can the table be displayed as a form?

Hello everyone, I have been researching and implementing this table for a few days.

I wish I could do this https://datatables.net/examples/api/form.html

It's possible? or do I have to do the whole implementation?

These updates are awaiting their schedule. Click on a checkbox to get an update now.

When i add export Excel server side i have just the first line in in the downloaded file.

So i followed a the problem i found you to limit the result. is there a reason or is a bug.

Solution : when i remove "setLength(-1)" i have what i want even if i sort.

This issue was actually fixed in the 'breaking changes' of the 0.7 release following #257 - we changed semantics for 'no limit' to the correct null instead of -1 which was indeed adapter specific.

Adapters now all follow this rule and this issue should be fixed after that.

Adding MoneyColumn to render currency based

I enabled the test actions for the PR and the error it's giving I think already exposes a formatting issue because of system locale differences between your development machine and the CI runner. I18n formatting is really complex 😉