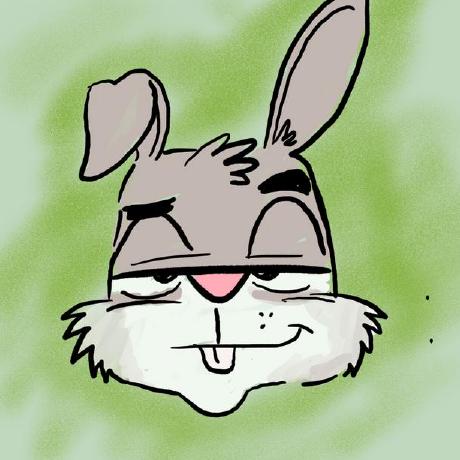 An opinionated starter kit for react with webpack & scss

An experimental router for browser side JS

Realized this kinda breaks in the codesandbox demo too: 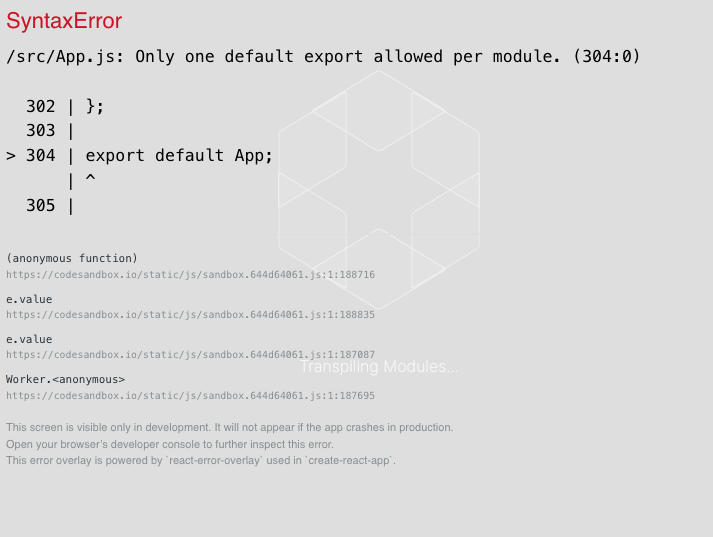 I tried running the local demo and encountered several problems:

The other thing that slightly stumped me was all the scary eslint errors from mp4.js. Since I think its just copy-pasta, I have added it to .eslintignore for now. There was also a small warning about App.js having two default exports. So I fixed that as well.

Created at 1 month ago
fork
ameyms/video-editor

Use excalidraw for overlay

Does excalidraw (the repo) expose any primitives or libraries to handle drawing text/image etc? I think tldraw does. I could be wrong.

Created at 2 months ago
push
ameyms/turborepo

👋 This PR fixes a typo in the Getting Started docs.

We don't use, and probably should not use, absolute unix paths. Unix paths are for sharing across machines, and absolute paths are for interacting with the local machine and should always be system paths.

Test Plan: Connected to the running devserver mid-test and confirmed no errors are thrown and the triangle is rendered correctly.

Benchmarks: assert that no runtime errors occur when loading pages (#285)

This adds an assertion that no runtime (browser) errors occurred when loading a benchmark page.

Generate the .npmrc file before publishing, but don't check it into the repo

The whole purpose of the turbo prune --docker is to use docker caching best practices while the Docker examples do not follow these bests practices.

I understand that showing this approach may not be possible in the example, so I suggest we add a comment to the first stage with the above explanation.

dynamic imports for the test app, and fixes (#294)

add the ability to generate an test app with dynamic imports via option.

fixes chunking. It didn't handle async imports in the case where chunk where too large. The PR reuses the same logic for both cases now.

Set cmd.Dir to an absolute path when we execute scripts (#1774)

Setting cmd.Dir to an absolute path ensures that it will continue to work in the presence of the --cwd flag.

Fix syntax for github action so that it triggers properly

A parsing bug meant no one was using --no-gc, so use this opportunity to enable GC. Benchmarks show negligible difference in execution time.

This PR introduces a new lockfile abstraction that will allow us to easily add more lockfile support to other package managers. It also

From my understanding of Golang I think having Lockfile as an interface makes sense since each package manager has a different data layout for their lockfile e.g. pnpm has 6 top level entries and yarn's top level entries are the package entries themselves.

Testing: The e2e tests cover yarn prune, but I also tested that prune produces the an identical lockfile before and after these changes on a repo created with npx create-turbo.

This PR does a few things:

While profiling next-dev using cargo-instruments, I noticed that locking/unlocking the RwLock<TaskState> in turbo-tasks-memory was responsible for a significant chunk of the overall execution time.

My first reaction was to try to minimize the lifetime of the WriteGuard in add_to_scope_internal_shallow to avoid contention. However, it's unclear whether it's lock contention that's causing the slowdown, or if it's just the locking/unlocking mechanism of std::sync::RwLock itself. Instead, I switched to parking_lot::RwLock, and instantly noticed great improvements. 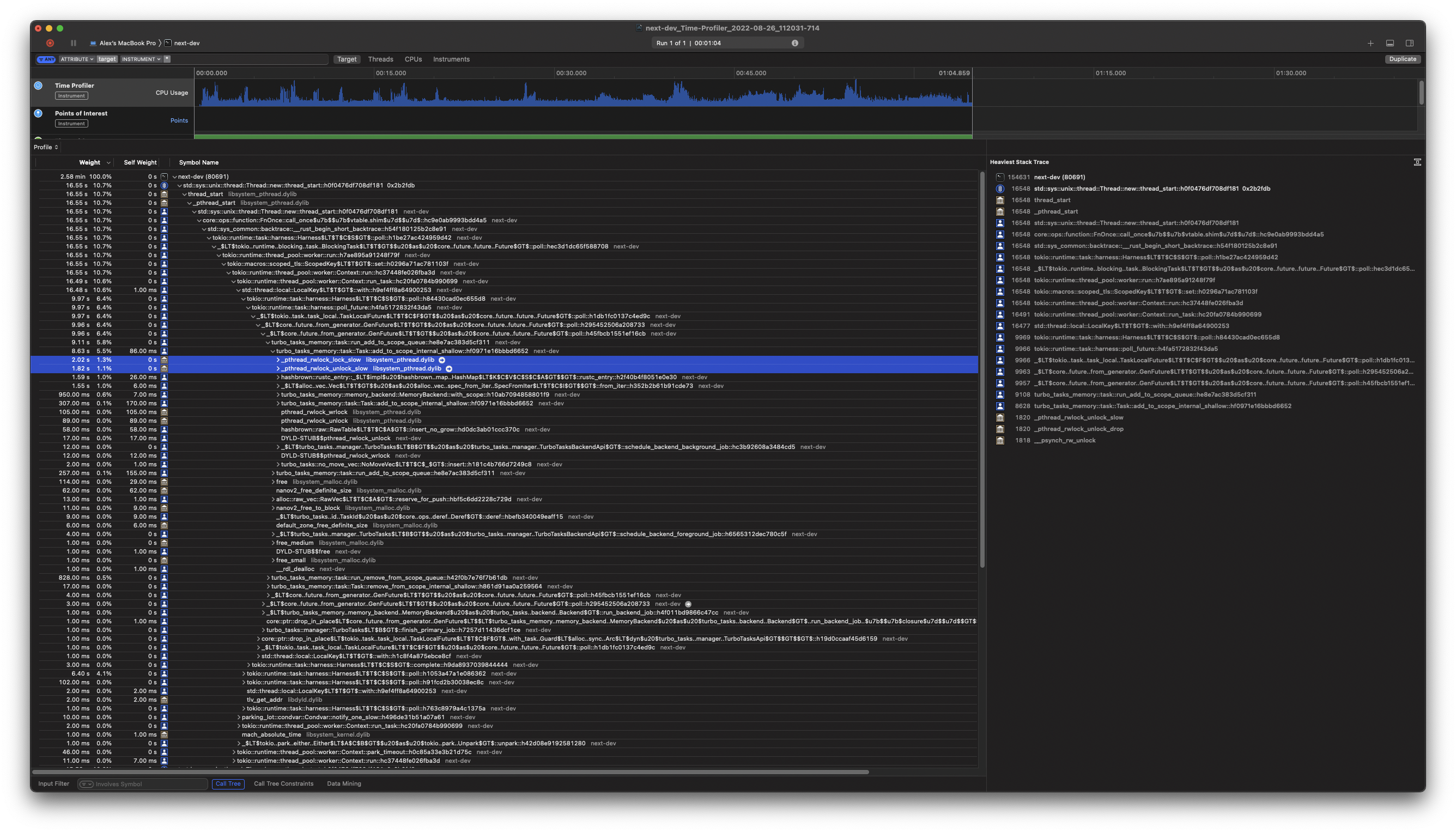 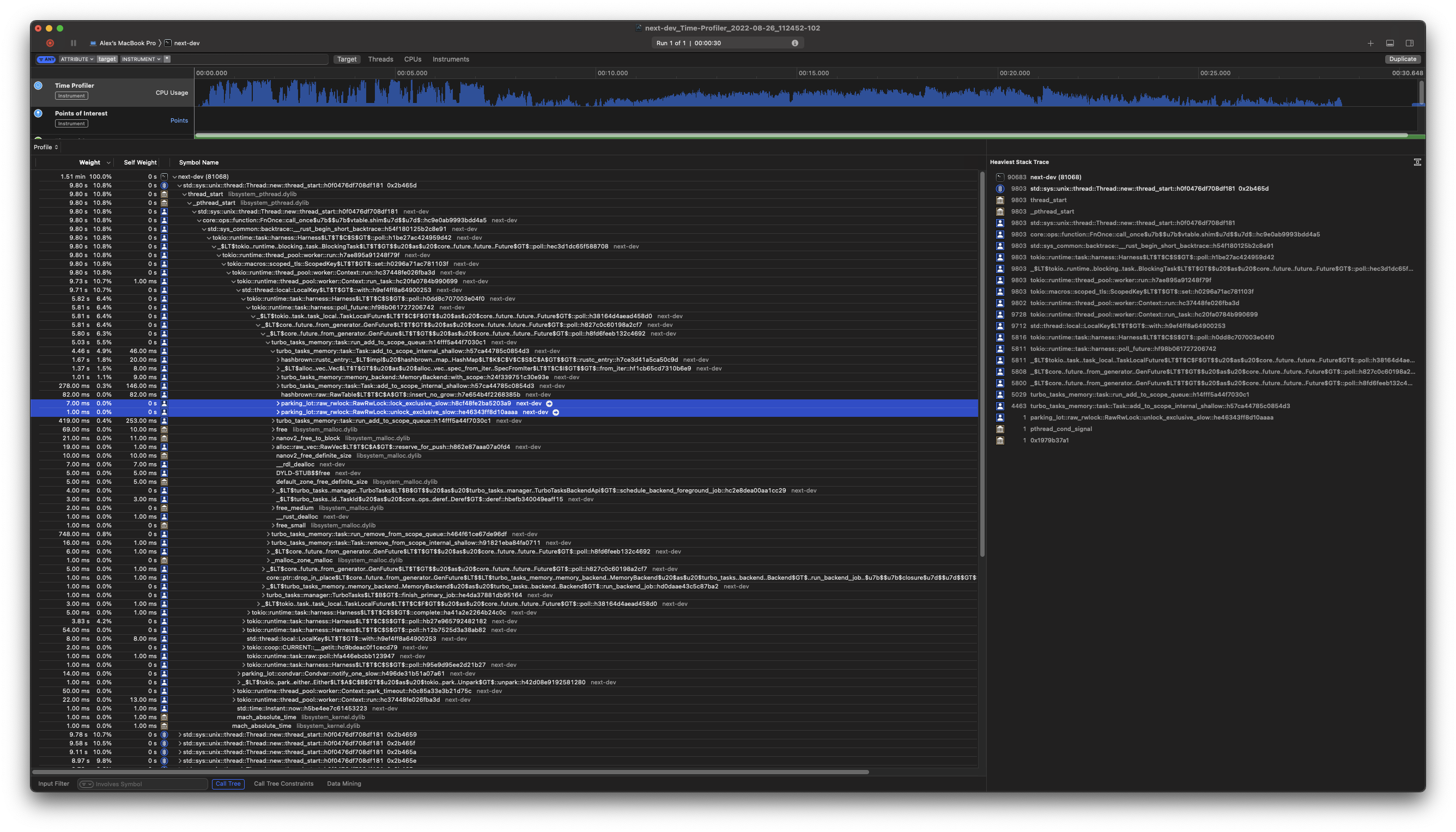 Task::add_to_scope_internal_shallow is still a very hot path, and three things stand out:

Replacing it with parking_lot::Mutex yields even greater improvements: 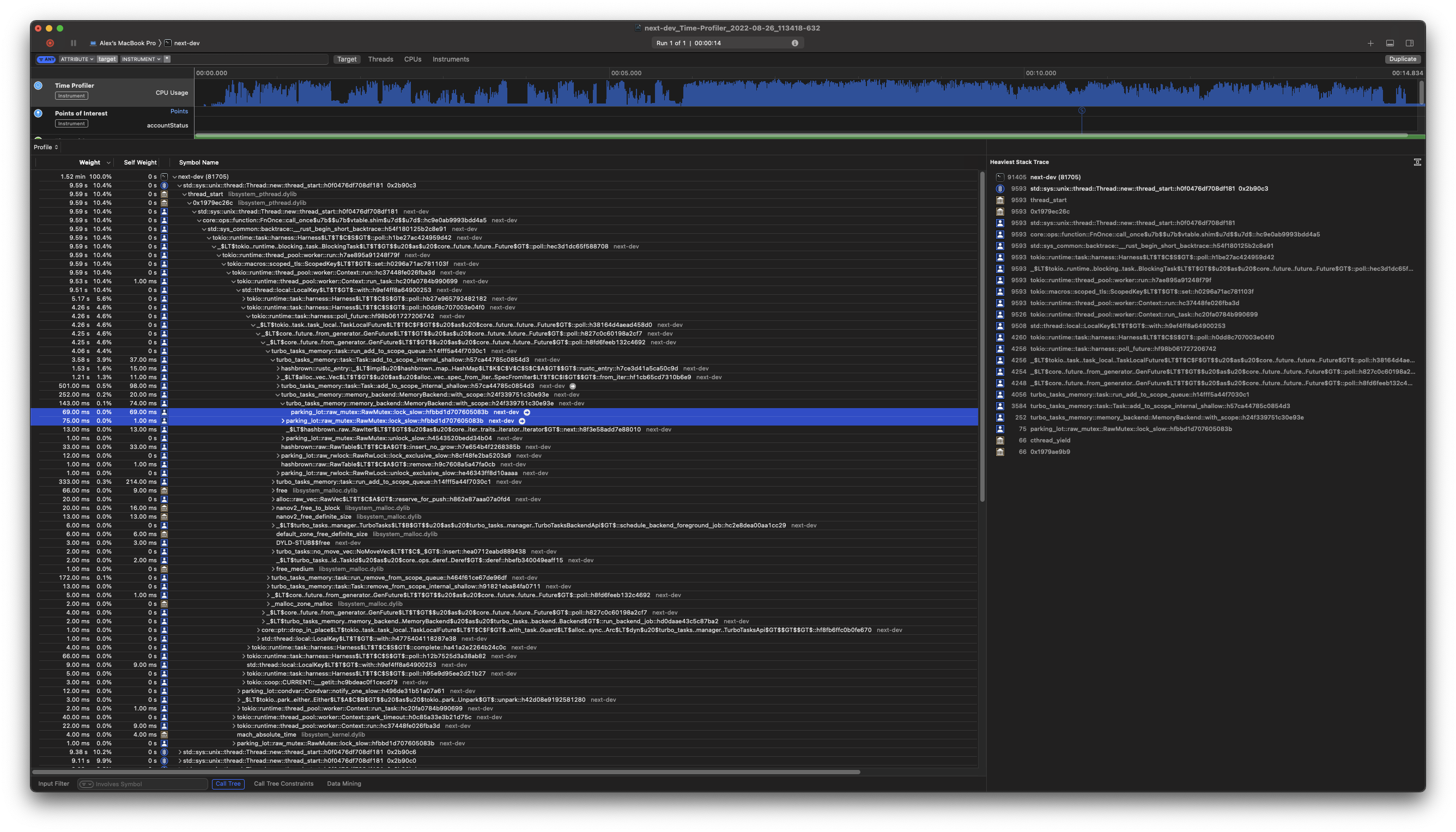 Looking at the traces, it looks like there's more low-hanging fruits for further optimizing turbo-tasks and turbopack.