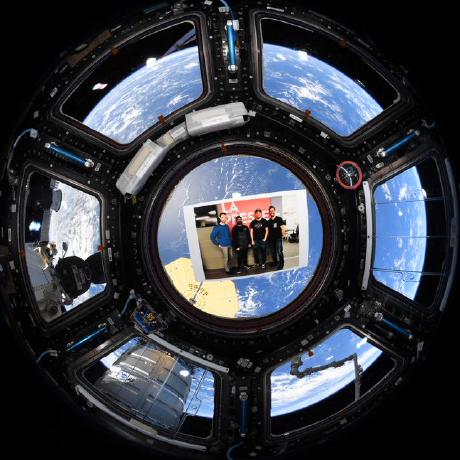 Nuglif Application Configuration Language (NACL) is a configuration data language intended to be both human and machine friendly.

Hi all, I added three files about Ziparchive who aren't translated actually.

Thank you for your review !

Created at 3 days ago
push
adoy/php-src

Object handlers being separate from class entries is a legacy inherited from PHP 5. Today it has little benefit to keep them separate: in fact, accessing object handlers usually requires not-so-safe hacks. While it is possible to swap handlers in a custom installed create_object handler, this mostly is tedious, as well as it requires allocating the object handlers struct at runtime, possibly caching it etc..

This allows extensions, which intend to observe other classes to install their own class handlers. The life cycle of internal classes may now be simply observed by swapping the class handlers in post_startup stage. The life cycle of userland classes may be observed by iterating over the new classes in zend_compile_file and zend_compile_string and then swapping their handlers.

memrchr has an always available equivalent under the name of zend_memrchr.

Port all internally used classes to use default_object_handlers

gen_stub.php concatenates nested #ifs into one #if so let's make sure the semantics remain the same.

Created at 4 days ago
push
php/php-src

Unless there is a very strong need to have this change in 8.2 I would prefer to target 8.3 since we already are in an RC phase.

The source/CAS.php is not autoloaded. We used to require 'CAS.php'; but we get this :

Created at 1 week ago
fork
adoy/phpCAS

Created at 1 week ago
push
php/doc-fr

Created at 1 week ago
push
adoy/curl

As per the documentation :

Setting a part to a NULL pointer will effectively remove that part's contents from the CURLU handle.

But currently clearing CURLUPART_URL does nothing and returns CURLUE_OK. This change will clear all parts of the URL at once.

The paths used by the build batch files were inconsistent with those in the Visual Studio project files.

Append to the upload buffer when only small amount remains in buffer rather than performing a separate tiny send to empty buffer.

for copyright and license information of all files stored in git

Since this [1] commit in 2011, _WIN32_WINNT was set fixed to Windows XP when the -ipv6 option is selected. Maybe this was added to support pre-XP Windows versions (?). These days libcurl builds fine for both XP and post-XP versions with IPv6 support enabled. The relevance of pre-XP version is also low by now. Other build methods also do not impose such limitation for a similar configuration. So, drop this hard-wired _WIN32_WINNT limit from Makefile.m32, thus building for the default Windows version set by the compiler. This is Vista for recent MinGW versions.

Old behaviour can be restored by setting this envvar: export CURL_CFLAG_EXTRAS=-D_WIN32_WINNT=0x0501

Most contents was moved, but this text should remain here.

This is an undocumented option similar to the -Spath' option introduced in cmake 3.13. Replace all instances of -Hpath' with -Spath' in macos workflow. Replace -H. -Bpath' with `mkdir path; cd ./path; cmake ..' in zuul scripts since it runs an older version of cmake.

Prior to this change _mingw.h needed to be included in each unit before evaluating __MINGW{32,64}_xxx_VERSION macros since it defines them. It is included only in some mingw headers (eg stdio.h) and not others (eg windows.h) so it's better to explicitly include it once.

THANKS: add contributor missing from aea8ac1

aea8ac1 fixed #8980 which was reported by Sgharat on github, but that info was not included in the commit message.

connect_init() (lib/http_proxy.c) swaps out the protocol state while working on the proxy connection, this is then restored by Curl_connect_done() after the connection completes.

Ultimately this meant that the state worked on by ftp_do_more() was the http proxy state not the ftp state initialised by ftp_connect(), but subsequent calls to any ftp_ function would use the original state.

For my use-case, the visible consequence was that ftp->downloadsize was never set and so downloaded data was never returned to the application.

This commit updates the ftp protocol state pointer in ftp_do_more() after Curl_proxy_connect() returns, ensuring that the correct state pointer is used.

Testing on macOS 12.4, sendmsg() fails with EINVAL when a msg_control buffer is provided in sengmsg(), even though msg_controllen was set to 0.

Initialize msg.msg_controllen just as needed and also perform the size assertion only when needed.

clang 14 warns about its use. It is being deprecated by the working group for the programming language C: "The macro ATOMIC_VAR_INIT is basically useless for the purpose for which it was designed"

content_encoding: return error on too many compression steps

The max allowed steps is arbitrarily set to 5.

Created at 3 weeks ago
push
php/doc-fr

Created at 3 weeks ago
push
adoy/doc-fr