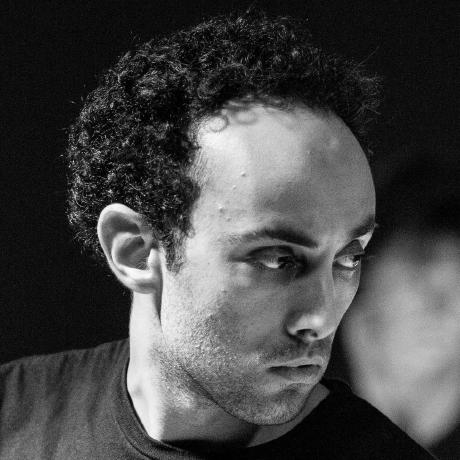 this may save a bit on refreshes in the UI

this may save a bit on refreshes in the UI

Created at 1 day ago
push
PabloCarmona/codeflare-cli

add prettifier for display bytes of data on vmstats charts

i'll follow the use of the npm package that bring us a more flexible use of the presentation of the bytes, but we keep it as a low priority for now.

Best approach to change the voronoicontainer background with flyoutStyle={{ fill: "var(--color-base06" }} property instead of harcode the color of the text for all the themes.

add prettifier for display bytes of data on vmstats charts

This PR also adds a bit of transparency to the tooltip flyover.

fix: chart legend tooltip values may not have unit

This PR restores the hamburger sidebar, so that we can show more than one guidebook (dashboard, browse s3, etc.) It also reverts the productTitle back to "CodeFlare", from "CodeFlare Dashboard", as the "Dashboard part is now in the tab title.

fix: remove Made with Kui for now, replace with CodeFlareWidget

also remove some lower-priority fields from the description list model, to clean up the UI a bit

feat: update charts to lay out gpu and cpu side-by-side for a node

so that nodes for which we have better information float to the top; better meaning "both cpu and gpu", otherwise "has only gpu", in last place "has only cpu"

fix: typo in dashboard.md results in Choices tab not appearing as expected

we need to use a common time range (min, max) across the charts

change legend labels to match data and childNames of the chart

With the current progress we have the following, but we need to figure it out how manage the styling and why the tooltip is not showing as intended in the examples of https://www.patternfly.org/v4/charts/tooltip-chart#embedded-legend

Created at 3 days ago
push
PabloCarmona/codeflare-cli

Created at 3 days ago
push
PabloCarmona/codeflare-cli

Created at 4 days ago
push
PabloCarmona/codeflare-cli

fix: in some themes, the chart tile had no contrast with the background

fix: chart title should be sans-serif

currently it is monospace

fix: back off use of Tile wrapper around charts

the Tile title font does not scale, whereas the fonts in the chart do...

Improve the chart tooltips with some changes:

Creation of some kind of representation for cluster capacity and resource scheduling in each of them.

Add filters for the nodes performance

We need to create different filters for the nodes performance part. The user should be able to filter by:

Create a Summary Chart of all nodes

We need to create a summary chart of all nodes performance of a cluster.

The objective of this is to let the user see how is performing the overall cluster and be able to see picks of performance or leaks and other related issues.