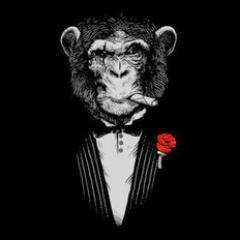 A Collection of Ballin Scripts!

🍺 The missing package manager for macOS (or Linux)

Set up a modern web app by running one command.

Use mirror url in provider source

When setting a provider's source url to the artifactory registry mirror I receive this validation error:

The “source” attribute must be in the format “[hostname/][namespace/]name”

How can I bypass the validation?

The api artifactory url is: https://instance-name.company-name.com/artifactory/api/terraform/virtual-repository-name/providers/"

Example url I've tried (although I haven't been able to confirm it works properly, due to the validation error): instance-name.company-name.com/virtual-repository-name/newrelic/newrelic

Provider docs incorrectly state that `region` is a required argument.

Argument | Required? | Description -- | -- | -- region | Required | The region for the data center for which your New Relic account is configured. The NEW_RELIC_REGION environment variable can also be used. Valid values are US or EU.

Because the source code sets a default of US, the argument is not required.

Created at 1 week ago
fork
JBallin/terraform-provider-newrelic

Dependabot will resolve any conflicts with this PR as long as you don't alter it yourself. You can also trigger a rebase manually by commenting @dependabot rebase.

You can trigger Dependabot actions by commenting on this PR:

You can disable automated security fix PRs for this repo from the Security Alerts page.

Created at 3 weeks ago
push
JBallin/ballin-scripts

Right it wouldn't be explicit, which is confusing. Maybe a note in the docs is enough.

Agree with @zeffron that this is just an edge case in your validation not taking slack destinations into account. I like the idea of allowing empty when `type === "SLACK" and updating docs to recommend this:

Extra credit: If there was a way to automatically prevent destroy, that may be useful?

Are you sure you're properly creating the terraform.tfstate files? Without them, there's no way to know the output.

IMO this (local backends) should be documented.

Note: I linked to this issue in a SO answer.

Terragrunt does not create local backend

For now, here's my workaround:

Note my suggestion of prevent_destroy - may want to document this too.

Can you clarify the proper way to import the Slack destination? Instructions say:

Are we expected to copy the state values into the resource definition like OP did? My guess is that we leave the block empty and it gets the data from state. The issue is that the current destination validation requires type, name property - should those actually not be required when the destination is slack?

Either way, I think some clarity in the above linked documentation would be helpful.

remote_state (simpler) works for me with the absolute path (as suggested):

The issue is that the path in the generated backend.tf is specific to my machine (e.g. /Users/JBallin/...). I suppose I could gitignore backend.tf and my teammates could generate their own during init.

I think there should be additional documentation about local backends, because I believe this issue shows that it won't work out of the box (I expected that not configuring a backend would just work). I know the guidance is to use remote backends, but I wanted to first see how it worked locally and consider managing it in git as an MVP with the understanding that only one developer deploys at a time.

The ability to split a long string over multiple lines

Another workaround is to use locals to store parts of the string as variables, which can also improve readability.

We also don't install git in our image, so I would like to be able pass whatever data is needed via CLI/env vars when using npx.

I was thinking that a workaround would be to copy the source files over to the jenkins workspace (where we have git) and then run the CLI from there (where we don't have node).

I prefer to be consistent with using the CLI arguments (stylistically), instead of having some of them be controlled via env vars.