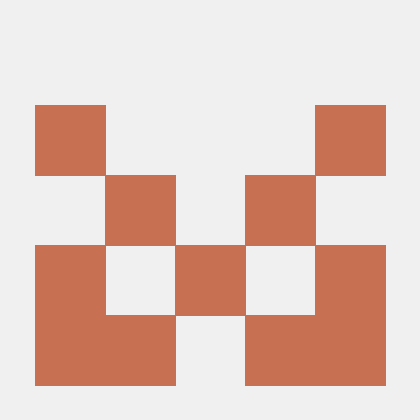 Fantu
Since 2007 I do small contribution in opensource projects. Since 2014 I contribute in some debian packages. I work as linux and windows sysadmin.
Repos
36
Followers
7
Following
1
Fantu/spice

For testing experimental features until will be accepted on upstream

For testing M2R patches until will be accepted on upstream

tried the the workaround you posted echo onlyoffice-documentserver onlyoffice/ds-port select 80 | sudo debconf-set-selections and worked, thanks

Hi I'm looking about some deps deprecated, I found there is gir1.2-gtkclutter-1.0 that also take have old not maintained and deprecated clutter and cogl (out of muffin) as deps. From a fast search I don't found import of gtkclutter so seems not used anymore, is it correct? and clutter cinnamon should now use only the muffin one, is it correct? There is also caribou that is not maintained upstream anymore (only security and fail to build fix in latest years), latest upstream version of 6 years ago and still use the deprecated clutter (out of muffin/mutter). I think can be good search for alternative virtual keyboard. @mtwebster @clefebvre what do you think?

qemu 6.1 added clipboard support to vnc, libvirt part still not accepted but can be setted with additional qemu parameter: https://bugzilla.redhat.com/show_bug.cgi?id=1874926#c50 tested with novnc 1.3.0 and clipboard is working in both way would be useful have also automatic clipboard support in novnc (maybe even only optionally activated by a button on the toolbar)

Hi, I'm not sure if the issue I'm having is the same or different. I have major of keys that use altgr not working (I need at least "@" working if will be possible) The server is debian 11 with kvm (qemu+libvirt) virtual machines, novnc 1.3.0, I'm unable to have "@" (that need altgr) working in all cases I tested: (on client side) both firefox and chrome (latest stable version), both linux and windows, 2 different notebook but always italian keyboard. Opening firefox debug console I don't found the key events like the image above, what is the procedure to have it so I'll post the result? Thanks for any reply and sorry for my bad english

Created at 3 weeks ago
push
Fantu/cinnamon-control-center

There are also some sub-optimal design points around scripting the install prefix. Particularly, Meson has a dedicated variable for the combination of DESTDIR + prefix, so use that instead of manually slicing up the prefix so that os.path.join won't drop the DESTDIR. The other solution would be to acknowledge that DESTDIR (at least on non-Windows systems) uses string concatenation, not path-joining semantics, but... Meson already supplies this pre-done, so why bother?

install_symlink() was added to Meson 0.61.0 in order to vastly simplify the process of doing exactly this. It:

Since the project doesn't require such a recent version of Meson, gate this on the Meson version and fall back to the install script.

meson: fix regression in installing with some panels disabled

In commit ca95ce7dfc4872ecef88b0074d2bee8f097d0394 some symlink creation is handled for all panels, without first checking whether those panels are installed.

Make sure to only try installing those symlinks if their accompanying options/dependencies are enabled/found.

wacom: Bring in line with changes in muffin to fix support.

This should restore all previous functionality, though a couple of things are still lacking and are TODO:

display panel: fallback if no preferred mode is set (#298)

If a monitor has no preferred mode, for example due to an issue in muffin, get_scaled_geometry did segfault when the monitor is inactive.

It was inactive because the chosen configuration wasn't shown as active mode either.

This resulted in not being able to open the display panel to even change to a working configuration without compiling cinnamon-control-center myself.

With this patch, the panel does open even without preferred mode on a monitor.

Hi, is there any ETA about 1.6.10 release? IPv6 patches was applied on debian (and derivates) packages 6 months ago and used also in latest ubuntu LTS (jammy), I created also a backport for debian 11 and ubuntu 20.04, for now on debian and ubuntu bugtracker no issue was reported related to it

Created at 1 month ago
fork
Fantu/mint-themes

Yes, I read it

Is your feature request related to a problem?

Created at 1 month ago
push
M2Rbiz/remmina-pkg

Created at 1 month ago
push
M2Rbiz/remmina-pkg

black screen on screensaver with 5.4.3

lock the screen for enable screensaver

normal screensaver view with show of field where insert password etc... should be visible

this regression is caused by https://github.com/linuxmint/cinnamon-screensaver/commit/432d27825a22e8d59dc267765394bcc43fb0a5e4 reverting it solved the issue on my test