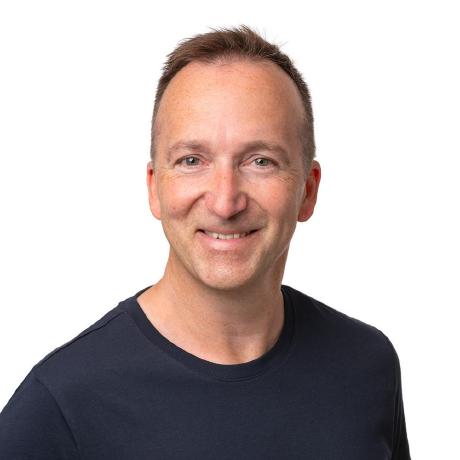 Tooling support for the Polylith Architecture in Python.

Examples on how to setup a ClojureScript web app with tools from the JavaScript ecosystem.

A Poetry plugin that makes it simple to share code between projects in monorepos.

Hello -- thanks for putting together the polylith repo here as a reference. I started to use it for a small project to create a client library around an API, and also create a singer tap for that api.

One thing I found myself wanting to do is create more than one namespace underneath the components/ and bases/ directories. I'm not sure if this is supported or encouraged at this time, both because the workspace.toml at the top level looks like it wants a single value for tool.polylith.namespace, and if I try to run poetry poly create workspace --name my_new_namespace --theme loose again, I get the following error: [Errno 17] File exists: '/Users/britz/myprojects/simple-garden/bases'.

Is creating multiple namespaces discouraged? Am I thinking about something the wrong way when I want to be able to do that?

Is your feature request related to a problem? Please describe. Working through an example I am finding myself wanting to add a README.md to each component and base (and possibly also project) to make the documentation a bit easier.

Describe the solution you'd like By default it would be nice if the new folder when you do poetry poly create ... added a README.md with the name of the brick as the title. It could be set up as a feature that can be switched on an off in the config.

Describe alternatives you've considered I can of course do this manually. It's a useful prompt and feature though I think makes the scope of a brick clearer if you can document it in the directory itself.

Here is an example of a README.md I found myself writing for one of my bricks

Closing this issue. Please reopen if the feature added doesn't work as expected. 🙏

This is now added in the Plugin, from version 1.2.1 and is published to PyPI.

To enable creation of a README.md for bricks (both bases and components), add this new config section to the workspace.toml file:

In addition to that, there is a --description option available for the poly create commands, that will add a description to the brick interfaces (the init.py module). The passed in description will also be added to the README, if it is enabled.

This PR will fix that, and also enable the --description option into pyproject.toml files.

This PR will fix that, and also enable the --description option into pyproject.toml files.

wip(poly create with docs): create README and interface docstring when creating a brick (#50)

wip(poly create with docs): create README and interface docstring when creating a brick

How Has This Been Tested?

CircleCI ✅ Manual tests: Installed locally and created components and bricks with the brick-docs config enabled and disabled. Tested for both "tdd" and "loose" theme.

feat(brick-docs): add info about the brick-docs feature in the plugin README

fix(readme): create the readme in the right place for both themes + refactorings

Good idea! How about the pythondev slack? I've 👋 and mentioned Polylith in the architecture channel there. Did the same on the python discord in the "software design" channel.

My current plans for the next week or so is to add a new command that I think will help out with keeping track on third-party dependencies. It's somewhere between the Clojure "poly deps" and "poly libs" commands, and I will probably add it in a newpoetry poly libs command. I also plan to add generated READMEs according to your suggestions within a day or two.

When those are published, I will record a short video and write a blog post about it too.

I want to test out if my assumptions about migrating Python code are correct:

There's docs and info spread out in blog posts, repos and videos, and long term I would like to have something similar to the official Polylith gitbook (not necessarily that technology, could be something else).

Here's some posts that I have written and that probably could be used in a "book" about Python Polylith: About organizing code into smaller parts, aka components: https://davidvujic.blogspot.com/2022/08/a-simple-scalable-python-project.html

If I may, I would very much like to share and spread your tutorial! And I would very much appreciate ideas and feedback as you already do about real-world usage of Polylith. I have experience in a long-term project for Clojure, and also a single-project built up with components in Python. But not really an all-in Polylith Python app.

I also like your way of using Jypyter notebooks for the development, I have not used notebooks (yet) but it looks very nice.

⭐ This is awesome! ⭐ Many thanks for this ❤️

I think a guide like this is very valuable for those new to Polylith in general, and how to use it in Python.

Created at 2 days ago
push
DavidVujic/python-polylith

feat(poly create with docs): docs about the generate-README option and the new --description flag

feat(poly create with docs): docs about the generate-README option and the new --description flag

wip(poly create with docs): create README and interface docstring when creating a brick

How Has This Been Tested?