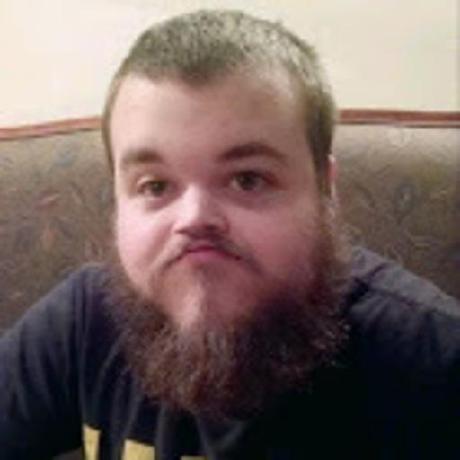 Currently we are only capable of accepting a file path to parse the map. Instead we should add the ability to pass an already parsed JSON, or a raw JSON string for example. This may have some implications for how we find the tileset files for external tilesets. What is likely is that the user will have to define any external tilesets to the parse function, in a dictionary that maps the tileset to whatever it’s filepath in the map object is.

Tiled stores the reference to tileset and image objects as relative to the map file, so one solution is to also accept a filepath alongside this and use that instead of deriving the parent directory of the map file.

module 'arcade' has no attribute 'create_text'

This is a bug in Arcade, however I doubt we will fix it in a 2.6 release. It is already fixed in our upcoming 2.7 development branch.

In the meantime, you can use import arcade instead of from arcade import *. In general doing a full static import of a package is somewhat considered bad practice as you lose the ability to namespace functions/classes

@einarf __init__.__all__ does still contain a reference to this, which is why it’s being triggered from the static import.

FYI for Linux I’ve used Flameshot for a long, it’s really powerful for still screenshots(unsure if it works on Wayland or with XWayland), doesn’t cover video recording but is one of the better desktop environment independent tools I’ve used on Linux for screenshots

Hi, thanks for the report. We actually already discovered this issue previously, and it has since been fixed in our development branch and will be part of an upcoming 2.7 release.

This happens because of the underlying event loop in Pyglet, in Pyglet this system changed to accepting a parameter for the draw rate, and defaults to 1 / 60(aka 60 FPS). Prior to the version of Pyglet used in Aracde 2.6, it would simply run it as fast as possible. We missed the change in behavior during the original 2.6 release of Arcade.

In the development branch of Arcade, the way to handle this is by setting the draw_rate parameter of the Window constructor, however since this doesn't exist in Arcade 2.6, a work-around is to call pyglet.app.run(1 / 120) instead of calling arcade.run(), this example should give you an FPS limit of 120. The arcade run function is just a wrapper over top of the Pyglet one.

It would be possible to backport this draw_rate parameter to a 2.6 version of Arcade, but I'm unsure if that is going to happen right now or not, as we are approaching the 2.7 release.

Let me know if the workaround above works for you, if it doesn't you can also optionally install Arcade from the development branch here on Github and use the new draw_rate parameter(though there are potentially other breaking changes you may need to handle with using 2.7, depending on what all your application uses).

This upgrades pytiled-parser to version 2.2.0 which gives us support for Tiled 1.9 as there were breaking changes introduced in both the TMX and JSON map formats in Tiled 1.9.

This will support both pre and post 1.9 formats. Prior to these changes, users would need to save maps/tilesets in 1.8 compatibility mode within Tiled for them to properly load within Arcade.

Shader based rotation and batch drawing for Text objects

Updates for moving text rotation to being handled by the Pyglet label, as well as the ability to draw Text objects with Pyglet batches.

Capitalization and doc about pyglet batches (#1303)

Fix up spacing around bullets with main landing page.

Fix for line numbers in listings not lining up with the correct line.

Update for GitHub issue #1312 where datatables were throwing an error in quick index. Also bump sphinx, pygments, and docutil versions and do some other doc stuff. (#1313)

Work on implementing a self-hosted runner.

Fix for point - in - polygon function

Updates for moving text rotation to being handled by the Pyglet label, as well as the ability to draw Text objects with Pyglet batches.

Created at 3 weeks ago
push
Cleptomania/clepto.dev

Created at 3 weeks ago
push
Cleptomania/Emblem

Some re-figuring out the pybind11 module